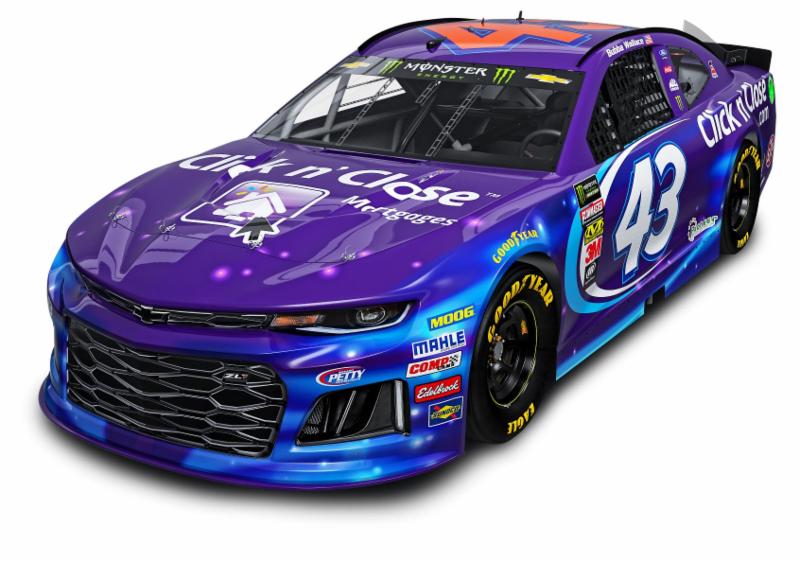 Richard Petty Motorsports (RPM) and Richard Childress Racing (RCR) announced today a new partnership between the two organizations.  RCR will supply chassis and engineering support to the team.  The RPM entry will receive horsepower from ECR Engines, the high-performance engine production, research and development subsidiary of RCR.  With the transition, RPM will permanently move its team headquarters adjacent to the RCR campus in Welcome, N.C.  The move will begin immediately and be completed by January.

“We’ve had a tremendous amount of success through our team partnerships over the past several seasons”, said Richard Childress, Chairman and CEO of RCR.  “To bring a storied organization like Richard Petty Motorsports on-board as an alliance partner is a win for each of our organizations.”
The newly formed partnership will mean a switch in manufacturer for RPM and place 2018 Monster Energy NASCAR Cup Series (MENCS) driver and Sunoco Rookie of The Year contender, Darrell “Bubba” Wallace Jr. behind the wheel of the all-new Chevrolet Camaro ZL1 when the iconic No. 43 hits the track for the first time in 2018 during Speedweeks at the Daytona International Speedway leading up to the 60th running of the Daytona 500.
RPM will remain an independent race operation, but the change allows for the team to collaborate with RCR. The move also unites two of the sport’s most iconic teams and cars.  RPM’s No. 43 and RCR’s No. 3 will now work together for the first time to push forward both organizations’ goals of winning races and championships.
“This is our next chapter of Petty racing,” said Richard Petty, co-owner, Richard Petty Motorsports.  “We need to provide Bubba, Drew (Blickensderfer) and the rest of the team with the tools necessary to be successful on the track, and I feel strongly this is the best move for RPM, our partners and everyone involved with our team.  Chevrolet has been a consistent winner in the Monster Energy NASCAR Cup Series for a long time and we’re proud to be a part of the GM family again.   We feel we can immediately win with Chevrolet and our new alliance with RCR.”
RPM has a long and successful history with General Motors and Chevrolet in NASCAR’s premier series.  Some of these winning moments include:
In total, Petty teams have 31 Cup wins with General Motors and Chevrolet.
Bubba Wallace also has historical moments with the manufacturer, including his first NASCAR K&N Pro Series East win and his most recent NASCAR Camping World Truck Series victory this past year at Michigan, his first start in a Chevrolet Silverado.
“I’ve had some great memories with Chevrolet and I’m ready to make a lot more,” added Wallace, Jr.  “The entire RPM team is ready for 2018, and now we have a big piece of the puzzle put in place.  We’re all eager to start preparing our No. 43 Camaro for 2018, working and creating new ideas with RCR.  This is a new journey and we’re all ready to begin it.”
RPM PR