COURTNEY FORCE HONORED TO BE NAMED TO 30 UNDER 30 LIST 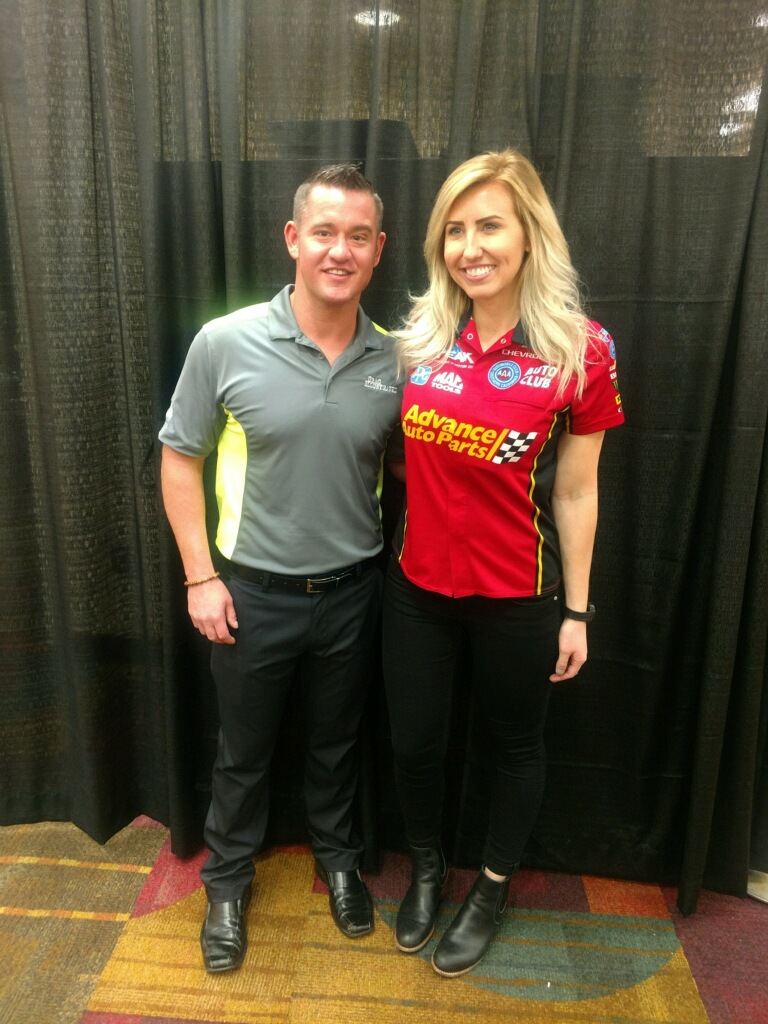 Already the winningest female Funny Car driver in history and 2012 NHRA Auto Club Road to the Future Award winner Courtney Force added another honor to her ever growing resume. Today the youngest daughter of 16-time NHRA Funny Car champion John Force was named to the 2017 Drag Illustrated 30 Under 30 list during the Performance Racing Industry show at the Indianapolis Convention Center.
“It is definitely an honor to be recognized as a member of the 2017 30 Under 30 list for Drag Illustrated,” said Force, driver of the Advance Auto Chevrolet Camaro Funny Car. “Drag Illustrated is a great magazine that I read whenever it comes out. It is fun to be recognized with so many other influential young people involved in drag racing. From drivers to crew chiefs to industry representatives there are so many people that have made their mark in drag racing and will be the future of the sport. It is cool to be recognized and I am excited to be a part of this list.”
The Drag Illustrated 30 Under 30 list seeks to shine a light on 30 of drag racing’s youngest, brightest stars. As an eight time Funny Car national event winner who has appeared in 23 Funny Car final rounds, Force is definitely a driver to keep an eye on. Force along with the rest of the honorees will be featured in Drag Illustrated’s upcoming 30 Under 30 Issue.
“We’re always eager to take on the challenge of identifying 30 young drivers, crew members, fabricators, promoters and drag racing industry insiders through our 30 Under 30 list,” said Wes Buck, Drag Illustrated Editor-in-Chief. “There are so many young people dedicating their free time to going drag racing in some form. The 30 Under 30 list is our way of showing our appreciation for the efforts and achievements of our 30 honorees, but also inspiring the next generation.”
Several thousand nomination forms submitted through an online survey were used to help the Drag Illustrated staff select the 30 members of the third annual 30 Under 30 list.
“This might be our most diverse list yet,” Buck said. “The 30 Under 30 list seeks to shine a light on anyone from the star drivers who excel on the sport’s biggest stages to the drivers who stand out at small-town tracks and fabricators and chassis builders who toil away in the shop. These young men and women are not only successful at what they do, but they’re also good people and fantastic ambassadors for the sport of drag racing. I’m very proud of this group and I look forward to watching them continue to do big things for years to come.”
The digital edition of the Drag Illustrated 30 Under 30 Issue is available for free at www.digital.dragillustrated.com
John Force Racing PR