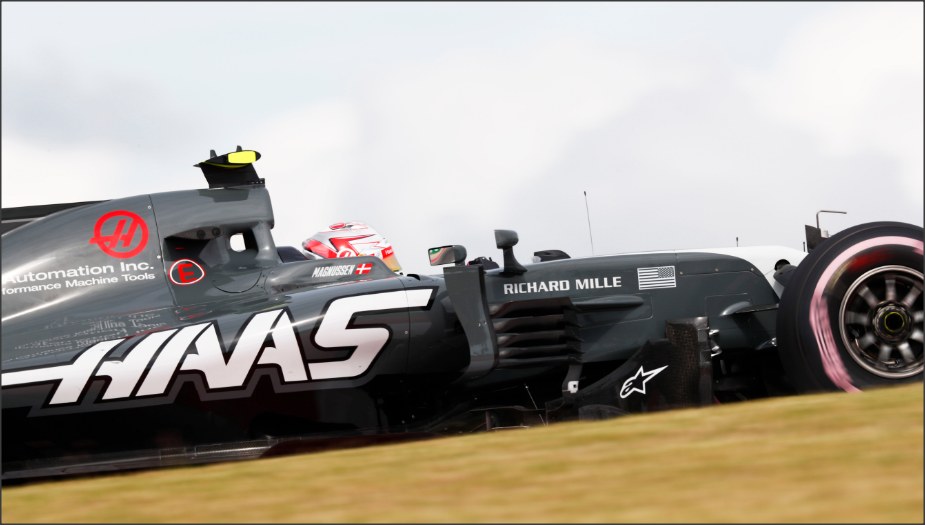 The 17th round of the 2017 FIA Formula One World Championship began with practice Friday at Circuit of the Americas in Austin, Texas, as teams prepared for the United States Grand Prix Sunday.

Two 90-minute sessions – FP1 and FP2 – on the 5.513-kilometer (3.426-mile), 20-turn track were on the docket, with FP1 completed under a cloudy sky with intermittent drizzle. This forced teams onto the Pirelli Cinturato Green intermediate tire for the first 35 minutes of the session before the track finally dried out enough for slicks to be used.

Leading the way in FP1 was Mercedes driver Lewis Hamilton, whose fast lap of 1:36.335 was .593 of a second better than the next quickest driver, Scuderia Ferrari’s Sebastian Vettel.

When FP2 began two-and-a-half hours later, the sun was out and the track was dry. And as the weather improved, so did lap times.

Magnussen wrapped FP2 as the 14th-quickest driver with a time of 1:37.285, which was 1.123 seconds better than his best lap in FP1. His quick time came on the seventh of his 17 laps shod on a set of Purple ultrasoft tires. Grosjean shaved .949 of a second off his FP1 time with a 1:38.387 earned on his eighth lap utilizing the supersoft tire. He ended the session 20th overall with 26 laps completed.

Magnussen began FP2 on Yellow soft tires and after three laps switched to ultrasofts. Grosjean started on supersofts and ran eight laps before changing to ultrasofts.

Hamilton stayed atop the leaderboard, setting the pace in FP2 with a 1:34.668 that was .397 of a second faster than next best Max Verstappen of Red Bull. In addition to setting quick time, Hamilton also set a new track record, breaking his own mark of 1:34.999 earned during qualifying for last year’s United States Grand Prix.

Romain Grosjean: “We didn’t get the best of everything we could. We had a problem with the ultrasoft in the afternoon, so on the timesheet we are very far away. Even so, we haven’t got the sweet spot of the car. We just need to work on that. I think it’s just related to how we use the tires. We know this is something where we’re not always bang on. We need to find out where to put that. After that, I’m not too worried that the car’s going to come back to its level. It’s just getting the grip better with the compounds.”

Kevin Magnussen: “It was a little bit inconclusive, but I wouldn’t say it’s been a bad day. It’s always good to go out and have a feel for the conditions on the inters, which we did this morning, and to see where the puddles are on track. We had a few technical issues on the car that we needed to sort – just little things – but the car feels OK. The balance doesn’t feel bad, and that’s the main thing. We have some stuff to work on for tomorrow, so we’ll see how that goes.”

Dale Earnhardt Jr. to Compete in His Inaugural INDYCAR iRacing Challenge Live This Saturday at 2:30 p.m. ET on NBCSN