A Lot on the Line at Daytona for Clint Bowyer

Clint Bowyer has nearly clinched one of the 16 berths in the 2020 NASCAR Cup Series playoffs, so it might be natural to question his motivation in going for the victory in Saturday night’s Coke Zero Sugar 400 at Daytona (Fla.) International Speedway – the regular-season finale.

But those who question his motivation sure don’t know Clint Bowyer. 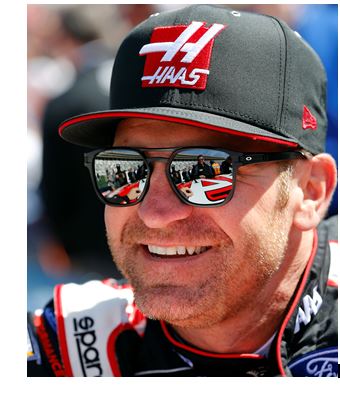 “Oh, we have plenty to race for Saturday night and want to win badly,” said Bowyer, who will make his 30th career start on the 2.5-mile superspeedway oval in Daytona.

“If there is a trophy on the line, then you’ll see hard racing in this sport. Have you been watching us this year? Heck, we showed we race hard in iRacing video games when the sport was shut down, let alone on the track at Daytona in the final race of the regular season.”

Bowyer seeks his 11th career Cup Series victory, but there’s so much more on the line. Bowyer can clinch a 2020 playoff berth by scoring three bonus points during the first two stages of the race, or by earning no worse than a 34th-place finish.  Even if he finishes worse than 34th, his competitors vying for the final playoff spots must have extremely good fortune in Daytona.

Bowyer will more likely use Saturday night at Daytona to better position himself for the first round of the playoffs. A Daytona victory would likely jump Bowyer from 14th to eighth in the playoff standings. A solid run could help in capturing a higher seed since he is only 15 points behind 10th-place Kurt Busch and 34 points behind ninth-place Kyle Busch in the regular-season standings.

Bowyer brings some momentum to Florida this weekend. In the last five races, he’s scored the fifth-most points of all drivers. At this past weekend’s doubleheader at Dover (Del.) International Speedway, he finished sixth on Saturday and restarted the race in seventh on Sunday with less than 20 laps remaining before a loose lug nut brought him back down pit lane. He finished 16th.

Daytona has been good and bad to Bowyer over the years.

In 29 starts, he owns four top-five finishes and 13 top-10s and he’s led 162 laps. He battled for victory in the 2019 Daytona 500, when he restarted fifth with two laps to go. Bowyer dove to the inside on the backstretch to grab the third spot, but clipped another car. The contact sent Bowyer into a spin, collecting several cars. In this year’s Daytona 500, Bowyer finished sixth despite seeing his chance for victory end on a restart in overtime when contact from behind sent him to the grass, damaging his Ford.

“It’s time for a victory,” said Bowyer, who arrives at Daytona seeking his ninth career playoff appearance and third in a row with Stewart-Haas Racing. “We always seem to run well at Daytona and have a chance at the end. I expect we’ll have our chances again Saturday night. We have to take advantage. We know we are a good team and certainly want to get on a roll to have momentum going into the playoffs.”

The playoffs’ Round of 16 begins Sunday, Sept. 6 at Darlington (S.C.) Raceway, followed by races at Richmond (Va.) Raceway and Bristol (Tenn.) Motor Speedway – three venues that are Bowyer favorites. He won the first two stages at the most recent Darlington race, finished second at Bristol in May and owns two career victories at Richmond.

“I love the tracks in the first round of the playoffs and I think fans will, as well,” Bowyer said. “Those are some of the best tracks we race on and some of the places where I love racing the most.”

Bowyer will carry the black-and-red colors of Haas Automation on his No. 14 Ford at Daytona. Haas Automation is America’s leading builder of CNC machine tools. Founded by Gene Haas in 1983, Haas Automation manufactures a complete line of vertical and horizontal machining centers, turning centers and rotary tables and indexers. All Haas products are built in the company’s 1.1 million-square-foot manufacturing facility in Oxnard, California, and distributed through a worldwide network of Haas Factory Outlets.

When the checkered flag falls late Saturday night in Florida, Bowyer expects he’ll be in the playoffs carrying a ton of momentum to Darlington for the first round of the playoffs. A little Daytona victory lane celebration wouldn’t be bad, either.

How challenging is a 400-mile race at Daytona in August?

“Daytona is a challenge for everyone, not just the drivers. You don’t have to be a genius to figure out that an August Saturday night in Florida is going to be hotter than you know what. That means those engines, gears and everything are going to be stressed. We feel like we have a competitive advantage over the other teams because our Mobil 1 lubricants have been tested and proven to be the best on the track. It means better horsepower, reduced friction, and outstanding wear protection for our Mustangs. In this sport, even the tiniest advantage is a huge advantage.”

How predictable is a Daytona race?

“It’s one of those things where you can be leading coming to the white flag and finish 15th to 20th. I’ve done that. I’ve also been way back in the pack, then somehow picked my way through it on the last lap and got a good, solid finish. It’s a rollercoaster, just like it has been with everybody. You go from thinking, ‘I got ’em!’ to ‘Oh, no! How have we done so wrong?’ I mean, it’s just one of those emotional rollercoaster races where you just never know what’s going to happen.

“I had the Daytona 500 won in 2010, and they literally used the Bondo out of the haulers to fix the track. I didn’t win that year but, before that happened, I just knew I had it won. Whether it’s a track surface, somebody hitting a jet dryer and blowing up, or coming down to a green-white-checkered at the end, you just never know the recipe and what it’s going to take to win there.”

What are your first memories of racing at Daytona International Speedway?

“I remember Richard Childress hiring me and sending me to an ARCA test at Daytona. My eyes are this big – ‘Daytona? Really?’ To be able to roll through that tunnel and see those high banks and Daytona, that’s your ‘I’ve made it’ moment and it’s still that way today. Every time you go there in February and roll through those tunnels and see them high banks, it just gives you chills. You know what I mean? You come back in the summer, you don’t have – those are sweats, that’s sweat, those aren’t chills anymore. If you get chills in the summer, you need to go lay down, you’re too hot. But so much fun to be able to go back there, and every single year it’s just meaningful to get on those high banks and be able to compete at Daytona because, for me, it’s always been that moment of, ‘Hey, man, I got here.’”

Chase Elliott Heading To Vegas Seeded P5 In The Points