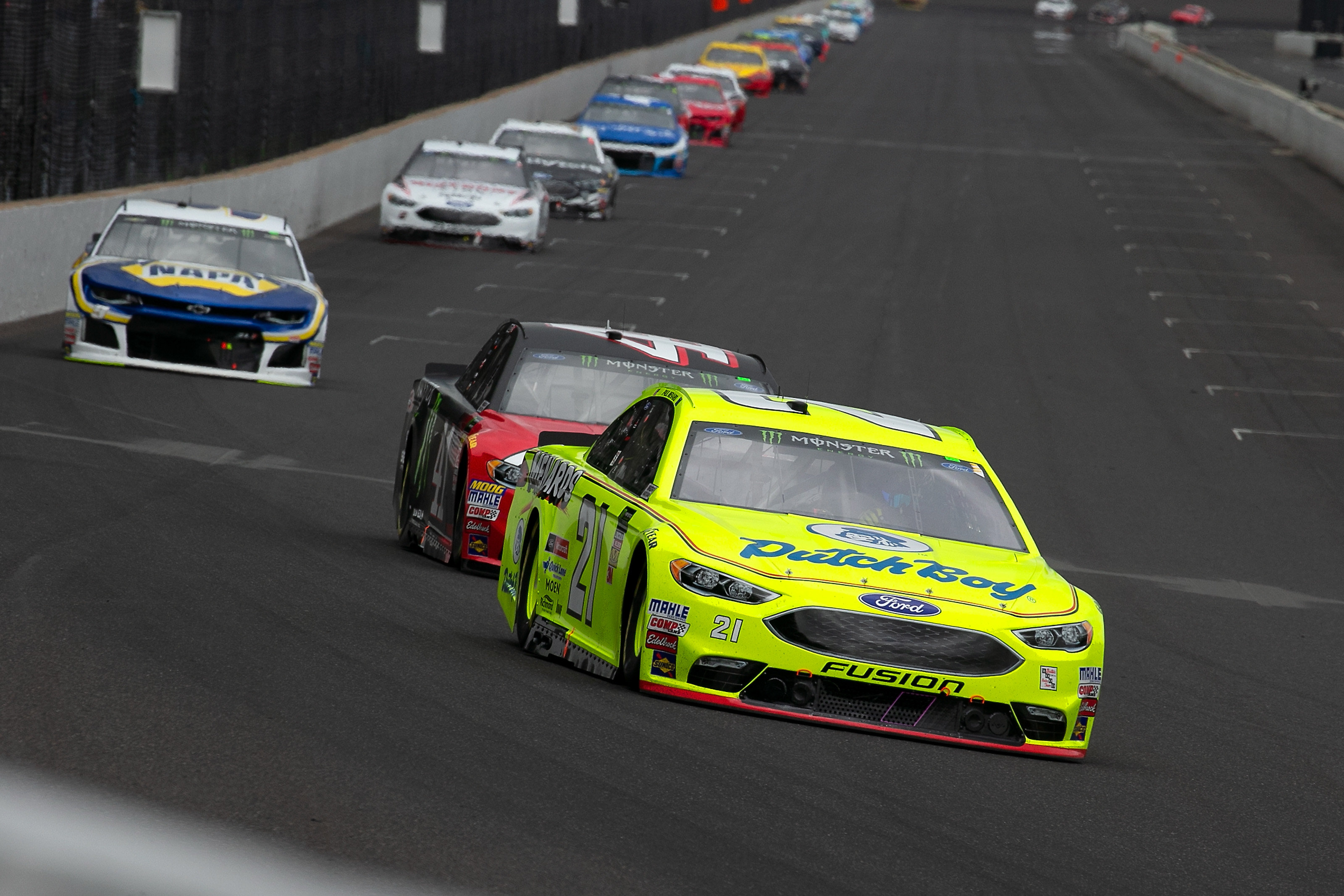 Paul Menard and the No. 21 Menards/Dutch Boy team head to Talladega Superspeedway this weekend hoping their No. 21 Ford Fusion will be as fast as it was in April when Menard scored a Stage win, led eight laps and was consistently among the front runners before being swept up in a Talladega “Big One” multi-car crash with just over 20 laps left to run.

Menard’s strong run in April was one of many his Wood Brothers team has had over the years at the iconic Alabama track.

For Eddie Wood, Sunday’s race will be his 92nd at Talladega. The Wood Brothers didn’t compete at Talladega in its inaugural year of 1969, but Eddie and his family were there for both races in 1970 and for nearly every other Cup race at Talladega since then.

The Woods have won five times at Talladega, the first with Donnie Allison in 1971, then three more with David Pearson in 1972, 1973 and 1974 and another in 1980 with the late Neil Bonnett. They also have six poles there with Ricky Rudd joining the three race winners as a pole winner in 2004.

This Sunday’s 1000Bulbs.com 500 will be a milestone in Talladega history as it will be the last race run before the start of a $50 million transformation of the infield of the giant, 2.66-mile track.

The goal is to enhance the fans’ at-track experience, something Wood and his team fully support. But the impending change does have Wood reminiscing about the old days at Dega.

“There are a lot of things that are essentially the same as the first time I went there in 1970,” he said. “The road into the track is the same. The tunnel is the same. The garage is in the same place, although it has been improved over the years.”

Wood said the first garage cover was built from a bridge structure that track owner and NASCAR founder Bill France Sr. acquired from the transportation folks in Alabama.

“It had big girders supporting it,” he recalled. “I remember I hit my head on one and knocked myself half silly.

“Greg Moore, Bud’s son, did the same thing on the same day.”

Wood said that in the early years at Talladega, there were wooden work benches in the garage, just like in the old garage at Daytona.

Like many other aspects of the sport, time has passed by the days of fixing parts on a work bench and putting them on the car to see how they’d perform on the track.

“It’s all changed,” Wood said. “Now we have the big toolboxes that kind of took the place of the work benches.”

And now the Talladega garage is going the way of others at tracks like Daytona and Las Vegas Motor Speedway, where new facilities offer fans views of the garage that once were reserved for competitors, team members and others inside the sport.

“It’s progress, and I’m all for it,” Wood said. “But I’m glad to have memories from nearly 50 years at Talladega as we know it now.”