LEAVINE FAMILY RACING READIES FOR 2019 WITH A NEW LOOK Team will field Toyota Camrys with Matt DiBenedetto in the No. 95 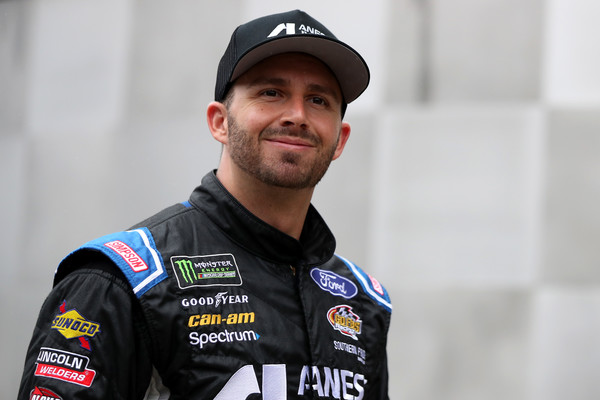 “We’re thrilled to welcome Matt (DiBenedetto) to our organization,” said Bob Leavine, Owner of Leavine Family Racing.  “We feel that he’s going to be a great addition to the team with his great personality and experience on track within the series.  It’s a tremendous feeling to know that we’re also able to announce our alignment with JGR and TRD for next season as well.  Obviously, they’re both first-class organizations and proven winners, so for us to be able to align with them is a huge step for our organization.  I’m excited as we continue to work ahead for 2019 thanks to getting Matt as our driver and Toyota as our manufacturer.”

The partnership with Toyota Motor North America (TMNA) starts next season and will include support from Toyota Racing Development, U.S.A. (TRD), who will build the team’s engines and provide technology, data and technical assistance.

“Toyota welcomes LFR to our racing family and we look forward to seeing the No. 95 Camry on track in the 2019 MENCS season,” said Laura Pierce, General Manager for Motorsports, TMNA. “They are a talented and well-run organization with the commitment to improve their competitiveness in this sport. The addition of a driver like Matt DiBenedetto and his enthusiasm and dedication to excelling on the race track will certainly make a positive impact on the team”

DiBenedetto is a four-year veteran of the NASCAR Cup Series, who caught the eyes of many throughout the racing industry after capturing a hard-fought sixth-place finish at Bristol Motor Speedway in 2016. The result was the first of four career top-10 finishes for the 27-year old.

The Grass Valley, California-native got his start with Toyota and Joe Gibbs Racing back in 2009 driving a limited schedule of NASCAR Xfinity Series races, along with NASCAR K&N Pro Series East races. In his seven NXS starts with JGR, DiBenedetto captured two top-10 finishes.  DiBenedetto also claimed two wins, four top-five finishes, and three poles in his seven races in 2009 with JGR in the NKNPSE.

“I can only begin to explain how fortunate I am to be joining LFR,” said Matt DiBenedetto.  “The thought of being reunited with Toyota and the folks at TRD is just unbelievable for me and my family.  This is the biggest opportunity of my life and it’s a dream come true to be a part of a team that continues to elevate their program at the highest level of NASCAR.  No words can describe my gratitude to everyone who believes in me. I’ve had to fight so hard, the old school way, to get here and that will always make me appreciate this amazing opportunity.  When I got the phone call from Bob (Leavine) and Jeremy (Lange, LFR General Manager) I was speechless.  My wife and I both had tears of joy and it was a very emotional moment that we will always cherish.  I look forward to making everyone proud next year, working day and night with my team to show people what we are made of.”

In addition to working with TMNA and TRD, Leavine Family Racing has also entered into a technical alliance with Joe Gibbs Racing, which will provide chassis for the No. 95 Camry.