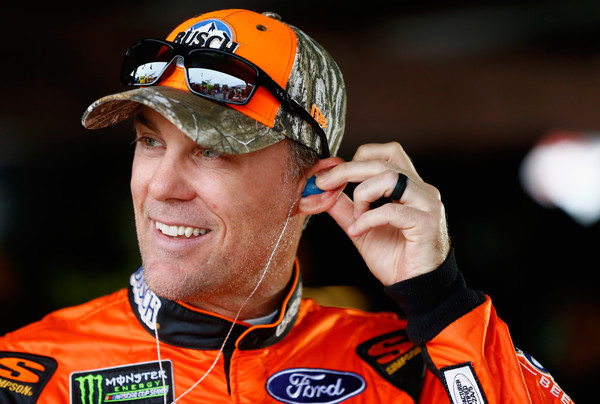 With only five NASCAR CAMPING WORLD TRUCK SERIES races remaining in the 2018 season, teams head to Talladega Superspeedway this weekend for the most-anticipated race of the Playoffs. Saturday’s stop, live on FOX at 1:00 PM ET, serves as an elimination race, narrowing the field of championship contenders from eight to six to conclude the first round of the postseason.

NASCAR RACEDAY-NCWTS offers an intimate look at defending series champion Johnny Sauter’s home life. Todd Bodine and FOX Sports cameras followed Sauter home to Wisconsin recently during the long break in the racing schedule, going behind-the-scenes with him and his family. Additionally, FOX NASCAR reporter and animal rescue ambassador Jamie Little joins David and Todd Gilliland for a Birmingham Humane Society shelter event, adding to the number of shelter visits she makes on the NASCAR circuit in conjunction with Pedigree each year.

Already locked into the second round of the Playoffs by virtue of their wins at Canada and Las Vegas, respectively, are Justin Haley and Grant Enfinger. Sauter sits atop the point standings headed into Talladega, 17 points ahead of Noah Gragson.

Below are quotes from FOX NASCAR analysts Harvick and Parsons headed into the final restrictor-plate race of the year:

With Talladega serving as a Playoff elimination race, how would you describe the pressure on drivers hoping to advance, particularly the younger ones?

“I think it depends on where you are from a point position standpoint in the round from the cutoff line. No matter what your agenda is, there’s a lot of pressure because there’s so many things out of your control.”

“I cannot even begin to imagine the stress and lack of sleep these guys are going through.  Even Johnny Sauter, who has a big points lead, probably won’t rest easy until he gets through the first stage or grabs some stage points. I can’t fathom what is going through their minds.”

On his advice at Talladega for drivers still not locked into the second round of the Playoffs:

“I think the way our points system is set up, you have to race aggressively to score as many stage points as possible. If you don’t score them, somebody else will, and that’s dangerous.”

On whether who makes the elimination cut and who doesn’t will go down to the finish line:

“We literally won’t know who advances to the second round of the Playoffs until they get to the start/finish line.  We saw that last year with the big wreck in turns 1 and 2.”

On the odds of another first-time winner emerging at Talladega:

“I’d say better than average. Historically, we’ve seen people get their first win there – Parker Kligerman and Grant Enfinger immediately come to mind of those in the field. If I had to predict, I’d look at a Gilliland running for Kyle Busch Motorsports, although I won’t say which one (Todd or David). They obviously can work together, which I would think is the plan, so they should be in position. And at GMS Racing, maybe Spencer Gallagher. He has proven he can win there. He finished second last year and won the XFINITY race in the spring.”

On who is under the most pressure at Talladega:

“Sometimes the guys below the cut line have less pressure on them than the guys above the cut line. Matt Crafton, a two-time champ who has made the Playoffs the last two years, probably is feeling a lot of pressure to make it.”

David Ragan to Pilot No. 17 Select Blinds Ford F-150 at Atlanta for DGR-Crosley

Hill Extends His Points Lead with Top-10 Run at Charlotte

Kraus Goes To School In First Visit To Charlotte