Reed Races to an 11th-Place Finish at the Charlotte Roval 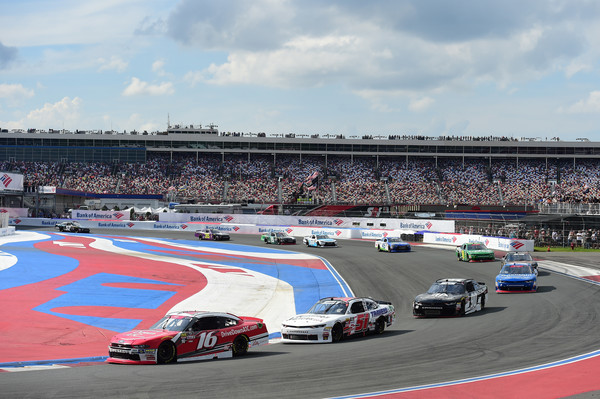 Ryan Reed tackled the 17-turn Roval at Charlotte Motor Speedway for the NASCAR Xfinity Series inaugural outing on the 2.28-mile road course.  Reed started 15th in the No. 16 Drive Down A1C Lilly Diabetes Ford Mustang and kept his car in one piece to earn an 11th-place finish.  The finish bumped Reed up to 11th in the Playoff standings with one race remaining before the field of 12 is cut to eight.

“I felt like when we unloaded I knew I had my work cut out for me,” said Reed.  “It seems some guys got the track and others had to play catch-up and that’s what I did.  I just tried to not rush it all weekend.  We got better every single time I was out on the track.

“We got through the first stage and I learned a lot about racing in traffic and I was just trying to put it to use there.  I got some track position when we pitted before the stage.  There at the end I was trying to hold some guys off on tires and get a top 10, but either way P11 after just a tough start.  It wasn’t tough in any other way than I was just learning the race track. I’m proud of my guys for not giving up on me.  I’m proud of them for rallying and I think we’ve got a shot now going to Dover.  I think we need some things to go our way, but at least we’ve put ourselves in position to go get to the next round.”

Everyone was anticipating multiple cautions as the field took the green flag Saturday afternoon due to the tricky Roval track, but the opening 15-lap stage only saw one caution.  Reed maintained his track position throughout the stage one to finish the segment 13th.  The handling was good on his No. 16, so after a quick stop for just four tires and fuel Reed lined back up 13th for stage two.

With pit strategy in play, Reed came down pit road for four tires and fuel just shy of the end of stage two.  Reed would close out the stage 19th, but then lined up seventh for the final stage when the remaining competitors made their pit stops.

Reed held his ground solidly in the top 10 over the course of the final stage, but lost one spot as the laps wound down to earn an 11th-place finish.