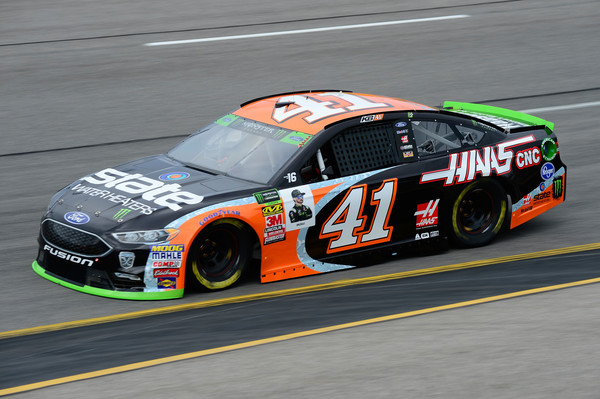 ● The State Water Heaters/Haas Automation driver said the car was a little bit loose early on, but he was up to third by lap seven.

● The No. 41 Ford was still loose late in the run, but Busch finished fifth.

● The No. 41 Ford was “just really loose” through the entire stage.

● Busch pitted on lap 268 for four tires, fuel and a tire pressure adjustment. He said the car lacked rear grip early on and now had no drive off.

● On lap 317, Busch pitted for four tires, fuel and a wedge adjustment while in 12th place.

● Ten laps after Busch pitted, there was an untimely caution for an accident involving Jeffery Earnhardt. Busch was two laps down due to the pit cycles still going on.

● Busch got one lap back, but there were no more cautions, so Busch finished 18th.

● Kyle Busch won the Federated Auto Parts 400 to score his 50th career Monster Energy NASCAR Cup Series victory, his seventh of the season and his sixth at Richmond. His margin of victory over second-place Harvick was .777 of a second.

● There were three caution periods for a total of 23 laps.

Playoff Standing (with one race to go before the Round of 12):

The next event on the Monster Energy NASCAR Cup Series schedule is the Bank of America Roval 400 on Sunday, Sept. 30 at Charlotte (N.C.) Motor Speedway. It is the third race of the 10-race playoffs and the cutoff race for the Round of 12. It starts at 2 p.m. EDT with live coverage provided by NBC beginning at 1 p.m.