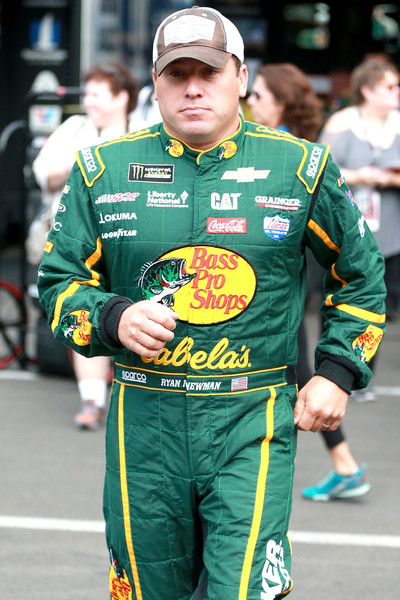 “I am excited about getting behind the wheel of the No. 6 car and working with Jack Roush and everyone at Roush Fenway Racing,” said Newman, who holds an engineering degree from Purdue University.

“I’ve always respected what Jack Roush has brought to the sport,” added Newman. “I can remember some intense battles with the No. 6 back when Mark Martin was in the car. There is a lot of history there and I am excited about getting behind the wheel of the No. 6 Mustang to compete for wins and the playoffs next year.”

“I’m pleased to announce that Ryan Newman will be joining our team as the new driver of the No. 6 Ford,” said team co-owner Jack Roush, a 2019 inductee into the NASCAR Hall of Fame. “Ryan’s accomplishments and achievements speak for themselves. He is a fierce competitor and one of the top drivers in NASCAR.”

Newman, a native of South Bend, Indiana, becomes the sixth driver to pilot the No. 6 for Roush, who launched his NASCAR team with fellow Hall of Famer Mark Martin behind the wheel of the No. 6 in 1988. Daytona 500 winner Trevor Bayne and future Hall of Famer and NASCAR Cup Champion Matt Kenseth most recently piloted the No. 6, sharing the ride for the 2018 season. The No. 6 Ford has visited victory lane 36 times, captured 41 poles and led over 11,400 laps under the Roush Fenway umbrella.

Newman has led over 4,800 laps and his 51 poles are the ninth most in NASCAR history. He was named the Cup Series rookie of the year in 2002 and won the 2008 Daytona 500 and the 2013 Brickyard 400. He has finished inside the top 10 of the final Cup standings on seven occasions; including a second-place finish in 2014. He has qualified for the NASCAR Cup playoffs on eight different occasions since its inception in 2004 and he was named NASCAR Driver of the Year in 2003.