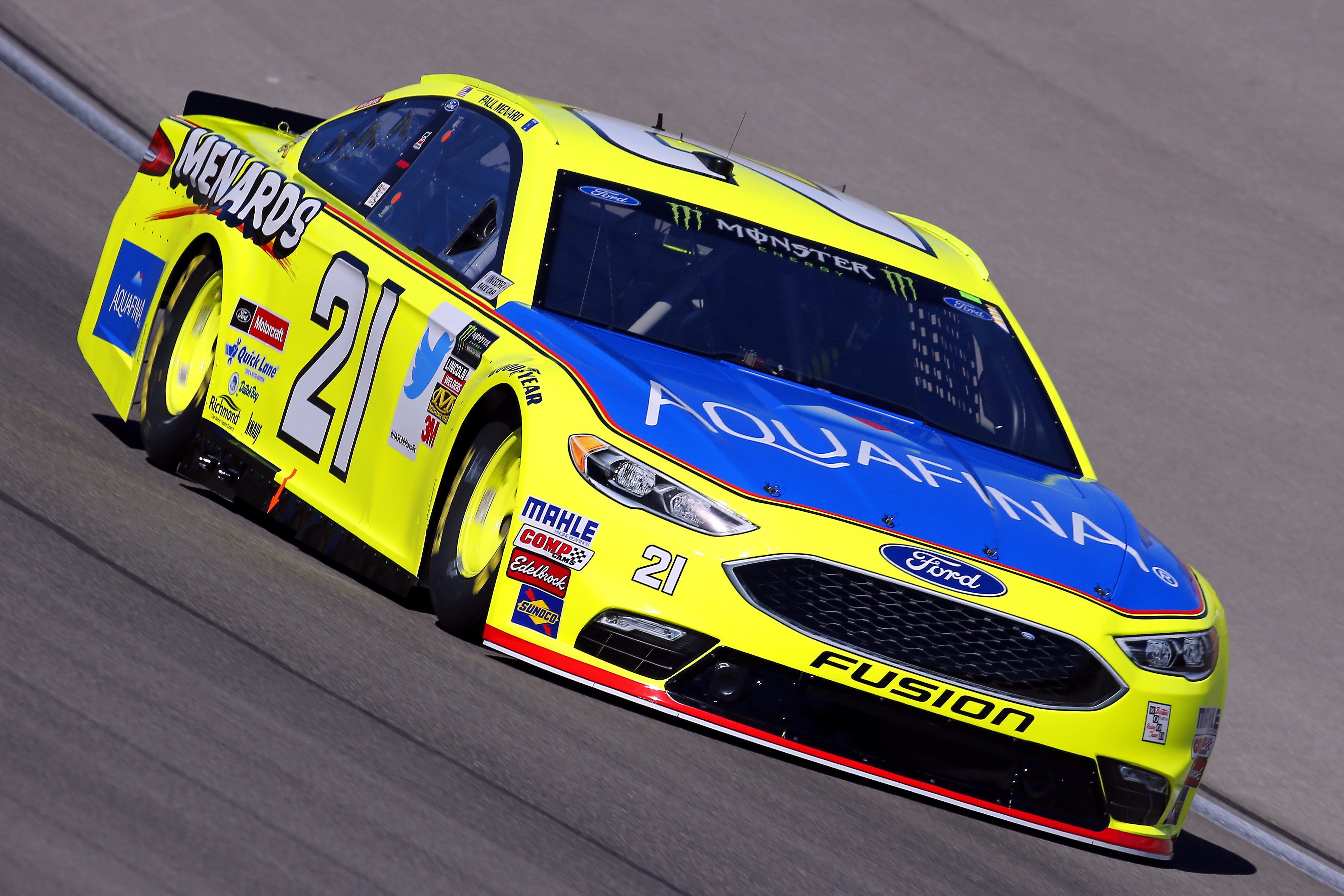 Paul Menard and the No. 21 Menards/Aquafina Ford are set to line up 20th for Sunday’s South Point 400 at Las Vegas Motor Speedway.

Menard opened Friday’s practice session with a lap at 186.800 miles per hour, which wound up being the 14th fastest speed in that session.

In the opening round of knock-out qualifying on Friday afternoon, he turned a lap at 187.071 mph, which was 14th best and good enough to advance to the second qualifying round.

His forward progress ended there as he toured the track at 186.432 mph, which put him 20th on the speed chart.

Eddie Wood pointed out that the good news on a hot day at Las Vegas is that there are two practice sessions on Saturday to find more speed in the Menard/Aquafina Fusion.

“We were a little disappointed with qualifying” Wood said. “We’ve had good speed at the mile-and-a-half tracks this year, so we’ll be OK on Sunday.”

The South Point 400 at Las Vegas is expected to start just after 3 p.m. on Sunday with TV coverage on NBCSN.