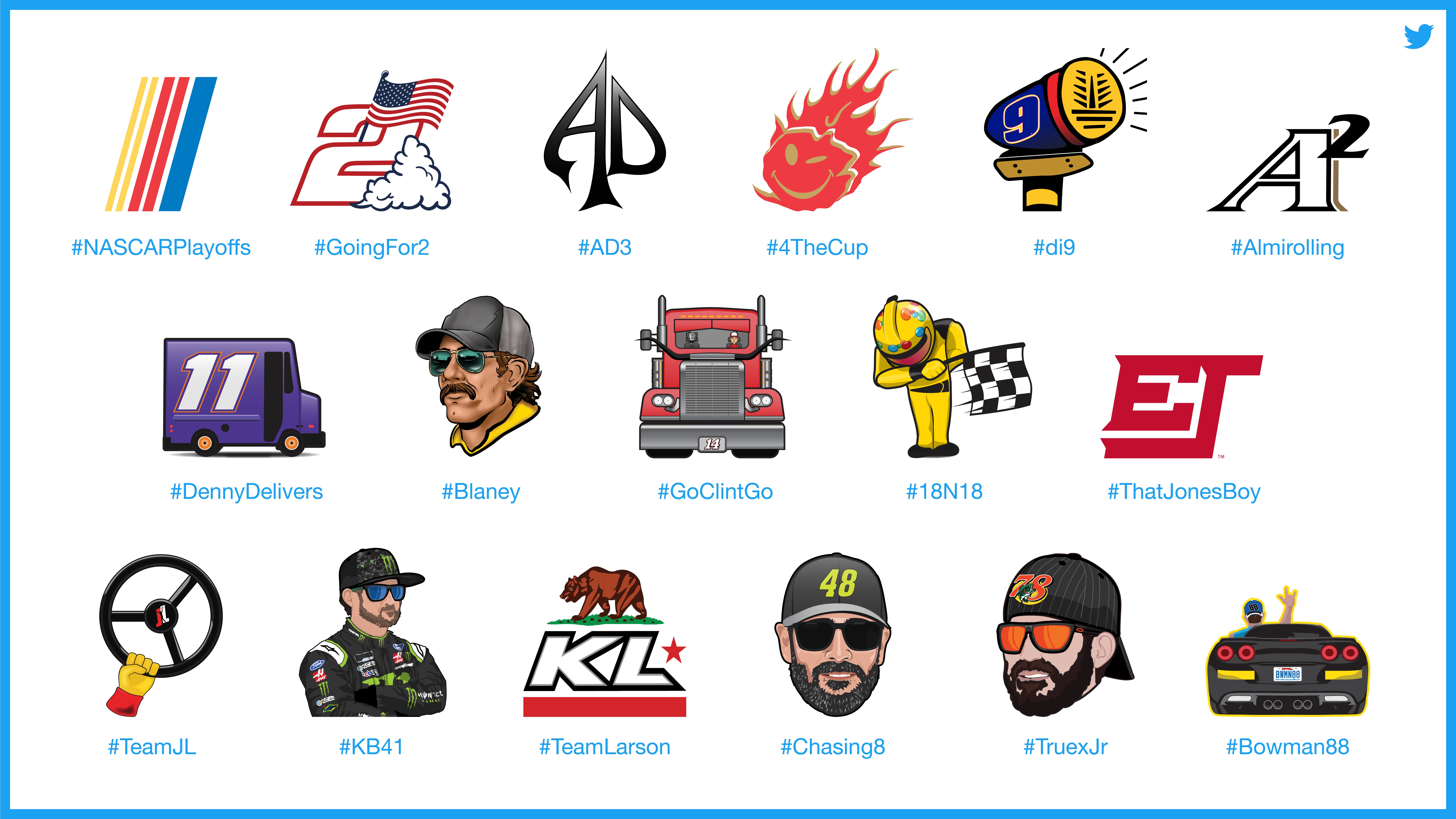 For the first time, the Twitter hashtags and emojis will be displayed on the drivers’ race cars beginning with the NASCAR Playoffs kick-off race at Las Vegas Motor Speedway on Sept. 16 (3 p.m. ET on NBCSN, PRN and SiriusXM NASCAR Radio).

Playoff driver hashtags and emojis will also be available to Twitter users until each driver is eliminated from championship contention. In addition, fans can unlock the official NASCAR Playoffs emoji on Twitter by tweeting with #NASCARPlayoffs throughout the 10-week postseason.

“The Twitter hashtags and emojis have rallied fans around their favorite drivers during the most exciting time in our season,” said Jill Gregory, NASCAR Executive Vice President and Chief Marketing Officer. “This year, we’re thrilled to work with Twitter and the race teams to bring this activation to life on the race cars for fans in attendance and those watching the NASCAR Playoffs on NBC and NBCSN.”

NASCAR and the teams first worked with Twitter to introduce driver-specific hashtags and emojis in 2017 to elevate the NASCAR Playoffs social experience for fans. Several of the emojis were designed with input from the drivers themselves.

“We’re thrilled to partner with NASCAR and the race teams who share Twitter’s passion for providing fans direct access to the drivers they love,” said Andrew Barge, Head of Sports Broadcast Partnerships at Twitter. “It’s a special program – NASCAR and the teams inviting fans to engage by literally extending the top 16 drivers’ Twitter accounts all the way to the track.”

“The RTA is pleased that we were able to coordinate and deliver the Race Teams’ participation in this innovative and engaging playoff execution,” said Jonathan Marshall, Executive Director of the Race Team Alliance. “We’re looking forward to this being the first of a number of cooperative engagements with NASCAR and other partners.”

The best and fastest way to join the NASCAR conversation and connect directly with the teams, drivers and fans during the NASCAR Playoffs is to tweet with, and search for, #NASCARPlayoffs.