Truex Jr. Looking to Wipe Away Memory From 2017 Brickyard 400 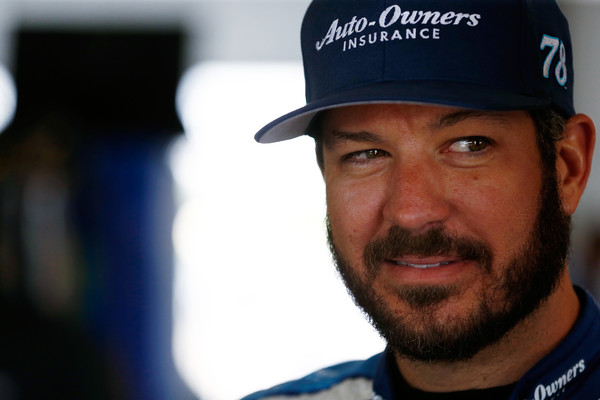 Martin Truex Jr. would like nothing more than to make amends for last year’s Brickyard 400 at Indianapolis Motor Speedway.
“We had a shot at winning Indy last year and I screwed it up,” said a candid Truex.
Truex and Toyota teammate Kyle Busch had by far the two best cars in last year’s Brickyard 400 but during a restart with 50 laps remaining in regulation, the two cars got tangled and crashed entering Turn 1, resulting in premature endings for both drivers.
Without hesitation Truex took the blame for the incident when he exited the infield care center.
The Furniture Row Racing driver, who will pilot the No. 78 Auto-Owners Insurance Camry in Sunday’s regular season NASCAR Cup Series finale, is looking for another strong performance at the iconic 2.5-mile oval.
“I always look forward to Indy, it’s such a historical race,” Truex said. “The Brickyard 400 is the race everyone wants to win. Hopefully we can put ourselves in position again and be a strong contender for the win. But a lot has changed since last year. With Indy being such a challenging track, everything has to be right – aero, horsepower and the setup.  We’ve been good there the past couple of years and that’s why I feel confident.”
When asked what he likes and doesn’t like about the Indy track, Truex said, “I really like the speed at Indy and it’s pretty cool going down the front straightaway between all the grandstands, especially at the start of the race.  But the track is real tough on restarts as it narrows going into Turn 1.”
Truex enters Indy in third place in both driver and playoff points. If he maintains driver standing after Sunday’s race he will be awarded eight playoff points for finishing third in the regular season. The 10-race playoffs begin the following week Sept. 16 at Las Vegas Motor Speedway.
“We want to enter the playoffs on a high note,” Truex said. “Last year we were pretty much error-free in the playoffs and that’s what it takes if you want to get to Homestead and contend for the championship.”
Truex’s season record after 25 races includes four wins, 15 top fives, 15 top 10s, four poles and 706 laps led. His average start is 9.6 and average finish is 10.2.
His record in 13 starts in the Brickyard 400 includes one top five and three top 10s. His average start/finish is 20.0/19.5.
FRR PR/Photo Credit Jeff Zelevansky/Getty Images