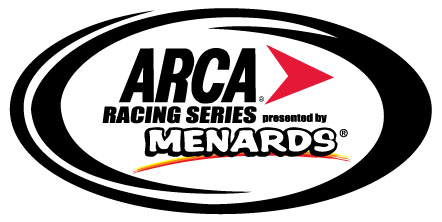 Twenty-four pre entries have already been filed for the ARCA Racing Series presented by Menards Shore Lunch 200 at Lucas Oil Raceway, with several more expected before the series makes the trip north from DuQuoin, Illinois to Clermont, Indiana. The series races on the dirt Monday afternoon in QuQuoin and will turn around quickly to race again Friday night in suburban Indianapolis.
One driver who has already filed his entry is 2016 ARCA national champion Chase Briscoe (No. 22 Big Tine Ford), who will make his return to the series driving for his former crew chief turned car owner Chad Bryant.
Briscoe made ARCA Racing Series history in 2016, winning six races, including the Shore Lunch 200 at Lucas Oil Raceway, and leading 949 laps en route to the title as a rookie. He also finished among the top ten an impressive 18 times in 20 starts. He’s since scored two NASCAR Camping World Truck Series wins, his first in 2017 at the season finale at Homestead and again in 2018 in the Eldora Dirt Derby at Eldora Speedway, where he nipped fellow ARCA champion and ThorSport Racing teammate Grant Enfinger at the finish by about two feet.
Briscoe’s ARCA start, his first since he clinched the championship at Kansas in October, 2016, is just part of a very busy four days in the Indianapolis area for the Mitchell, Indiana native. Briscoe will also participate in the United States Auto Club P1 Insurance National Midget Series Driven2SaveLives BC39 on the new quarter-mile dirt track at Indianapolis Motor Speedway on Wednesday and Thursday, then return to the Brickyard for the NASCAR XFINITY Series Lilly Diabetes 250.
“I’ve been talking to Chad (Bryant) about coming and doing a race or two all year,” Briscoe said. “We almost went and ran Charlotte but didn’t pull the trigger on that one. We’ve been looking at the schedule and looked at what made sense. Big Tine is really close to Lucas Oil Raceway and we just decided this would be the one. We came out and tested a couple of weeks ago, and we weren’t really as good as we were hoping so Chad has been working really hard on a couple of things he wants to try when we get back up there. The problem is I have practice at the Speedway in the XFINITY car. We’re really working hard on the logistics to get back and forth.”
Briscoe is ready to return to his open wheel roots before he straps into his stock car rides. Briscoe’s father Kevin won approximately 175 sprint car races his home state of Indiana and in touring series such as USAC, the All-Star Circuit of Champions, and the California Racing Association. The younger Briscoe, who won a 410 sprint car feature at the tender age of 13 at Bloomington Speedway, also won a sprint car event at Fremont Speedway in Ohio earlier this season.
“I’ve done some sprint car stuff this summer but I haven’t been in the midget since the Chili Bowl,” Briscoe said. “The track at Indy really reminds me of Chili Bowl. It’s very much like an indoor track. I know there are a ton of cars entered. It’s going to be really hard to make the feature much less win it. It’s all about the prestige. Everyone wants to win that first race at Indy.”
Briscoe has six races remaining on his partial NXS scxhedule in 2018, including the Brickyard. He may also have another ARCA race on his calendar.
“Chad and I have been talking about it some,” he said. “There’s a chance we could come do one more. We’ll have to see how it works out. I really like working with Chad and his team so I look forward to any time I get to come race with them.”
Chad Bryant Motorsports, which bought the assets of Cunningham Motorsports from team owners Briggs Cunningham and Kerry Scherer after the conclusion of the 2017 ARCA season, won the previous ARCA short track race at Berlin Raceway with Mahwah, New Jersey native Joe Graf, Jr. (No. 77 Big Tine Ford). Graf’s first series win came in his fifteenth series start.
Current series championship leader Sheldon Creed (No. 28 United Rentals Toyota) leads the series regulars on the entry list, along with MDM Motorsports teammates Zane Smith (No. 41 LaPaz Margarita Mix/Icon Vehicle Dynamics Toyota) and Chase Purdy (No. 8 Bama Buggies Toyota). Creed has built his series lead on the strength of three wins, 13 top-five and 14 top-ten finishes. Smith sits second in the series standings with four wins and eleven top-five finishes. Purdy sits fifth in the standings, still hunting for his first series win; he’s scored seven top-five and ten top-ten finishes heading into the Shore Lunch 200.
In addition to the team’s three full-time entries, MDM has also filed entries for Harrison Burton (No. 12 Morton Buildings Toyota) and Sam Mayer (No. 40 Menards Toyota). Burton won earlier in the season at Pocono and has spent his season bouncing between ARCA, the NASCAR Camping World Truck Series, and the NASCAR K&N Pro Series. Mayer, just 15 years of age from Franklin, Wisconsin, made his series debut at Iowa in July where he finished tenth. He recently finished fifth in the NKNPSE event at Watkins Glen.
The Shore Lunch 200 is set for Friday, September 7 at Lucas Oil Raceway in Clermont, Indiana. Practice is scheduled for 2 to 3:30 pm ET, General Tire Pole Qualifying is 6 pm ET, and the green flag will wave at 9 pm ET. MAVTV will broadcast the race live, ARCARacing.com will have live timing, scoring, track updates and scanner audio for registered users throughout the day.
ARCA PR