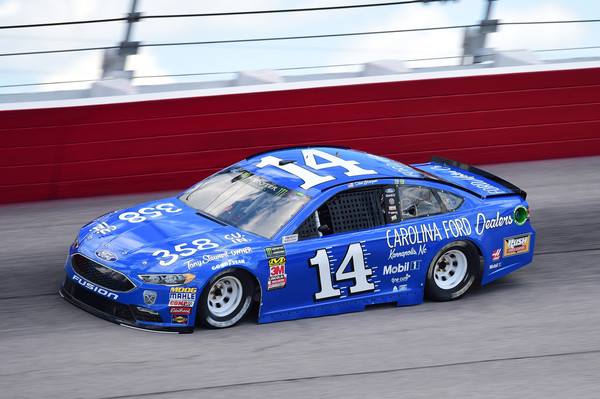 ● Climbed to 12th by lap 43, but he told the crew his car wouldn’t turn in the corners.

● Crew made several changes that improved the handling during latter laps of the stage.

● Bowyer charged toward the front of the field but ran out of laps, finishing 11th.

● Pitted during the stage break for more adjustments, and pit crew returned him to the race in ninth.

● Raced in seventh on lap 128 when a caution brought the field to pit road.

● Bowyer moved from seventh to fifth during the stop, but he reported a vibration when the race resumed.

● The vibration forced Bowyer to pit lane for new right-side tires and dropped him to 27th, a lap down to the leaders.

● The remainder of the stage ran caution free, allowing Bowyer to use his fresher tires to climb to 12th and pass leader Kyle Larson on lap 195 to return to the lead lap.

●  Brad Keselowski won the Bojangles’ Southern 500 to score his 25th career Monster Energy NASCAR Cup Series victory, his first of the season and his first at Darlington. His margin of victory over second-place Joey Logano was 1.224 seconds.

●  There were six caution periods for a total of 35 laps.

“I hit the 31 really hard. I don’t know. I guess he was pitting or something, and it’s a product of this place, I guess. There are lapped cars that are 50 laps down all over the damn place. That’s pretty frustrating, but what an honor to have Ned Jarrett spend the day with us and the Ford folks. I don’t do this very often, but I asked Ned to sign my hat. If you are going to have a legend like him around I have to ask for an autograph.”