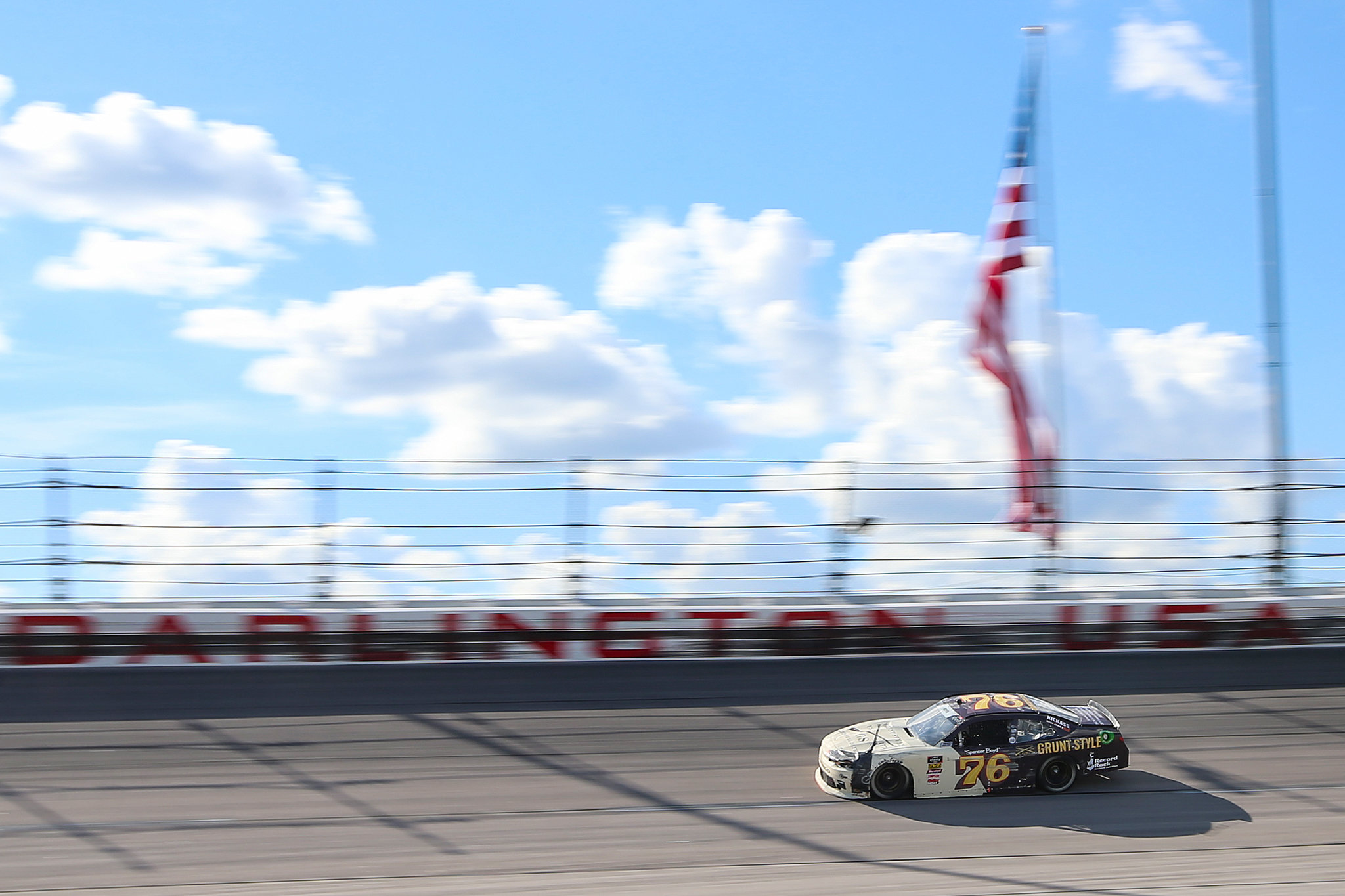 The NASCAR Xfinity Series took a trip in the time machine at the historic Darlington Raceway for a special throwback weekend. This was Spencer Boyd’s first attempt racing at ‘The Lady in Black”, as he paid tribute to Bob Dotter.

Boyd started from the 31st position for the Sport Clips 200 at Darlington Raceway. The green flag fell and trouble started right away. On lap 3 Ryan Truex made contact with the 60 of Austin Cindric sending him crashing into the wall. The remains of the 60 machine slid right in front of Boyd, where he was forced to make an evasive action. Boyd missed Cindric, but slapped the inside of the wall in the process. Boyd brought the wounded Chevy Camaro to his Grunt Style Gladiators, who worked hard to get him back on track.

A few laps later, Boyd radioed he was down on power and once again was forced to bring his Grunt Style Chevy to the attention of his crew. An electrical issue forced Boyd to go behind the wall for a substantial amount of time. Where most teams would have simply called it a day after so many issues, this team did not. Led by team owner Bobby Dotter and crew chief Rick Ren, the team fixed the electrical issue, replaced the battery, and sent Boyd back out on track. Boyd ran the remainder of the race and managed to pick up seven positions to bring home the Grunt Style Chevy in the 31st position.

After the race Boyd reflected, “In racing you have to make split second decisions and unfortunately I made the wrong one today. I saw the 60 car bounce off the wall and slide up the track so I went low to avoid him. The track is just so dirty down on the bottom that I got loose and slid into the inside of the wall. On top of that we had electrical issues that really plagued us, so just a tough day overall. Despite all our problems, I think we showed once again the resiliency of our team by not giving up and still finishing. There’s no quit in this team. We’ll keep our heads up and move on to Indy next week.”

Despite a tough day at Darlington Raceway, Boyd remains 23rd in driver standings. The Xfinity Series will make their next stop at the famed Indianapolis Motor Speedway for the running of the Lilly Diabetes 250. Race coverage will begin 3:00 PM EDT Saturday September 8th, 2018 on NBCSN.