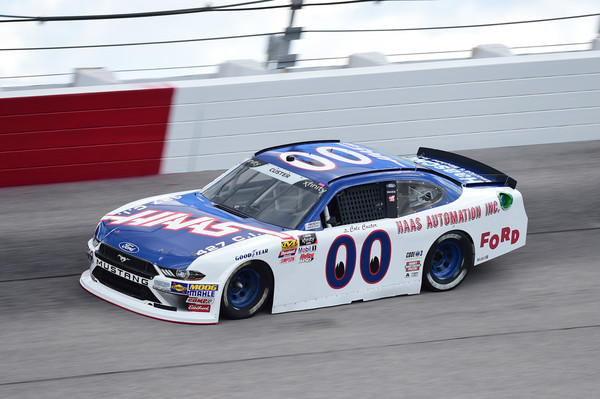 ● Custer moved from sixth to fourth in the opening two laps.

● He began fading through the field as the stage progressed.

● Custer told the crew during the break his car was tight in some parts of the track and “wrecking loose” in others.

● Custer made a four-tire pit stop for adjustments during the stage break.

● Custer told the crew that he grazed the wall “pretty good” on lap 58, but the impact made no damage.

● He restarted sixth with 20 laps remaining in the stage, but dropped to seventh.

● Custer pitted after the stage break and returned to the track in ninth.

● Custer climbed to seventh in the final stage before leaders Ross Chastain and Kevin Harvick wrecked with 37 laps remaining.

● During the caution, Custer pitted from fifth and great pit work returned the No. 00 to the track in second.

● Custer spent the remainder of the race on Brad Keslowski’s bumper, but could not make the pass.

● He finished less than a second behind winner Keselowski.

● This was Cole Custer’s second, second-place finish in his 62-race Xfinity Series career.

● Custer’s only better career finish was his victory at Homestead-Miami Speedway on Nov. 18, 2017.

● Custer scored his 10th top-five of the season and his first at Darlington.

● Custer scored his 20th top-10 of the season and his second at Darlington.

“We just had to tighten our car up a lot to where it was secure, but I was pretty happy with our Haas Automation Mustang. It was a pretty good run. We just need a little bit more, but I’ll take a second at Darlington. I was a little bit better than Brad (Keselowski) at the start of the run, but I tried to pace myself and at the end of the run we would just always get too loose. It was a solid day.”

The next event on the NASCAR Xfinity Series schedule is the Lilly Diabetes 250 on Saturday, Sept. 8 at Indianapolis Motor Speedway. The race will be broadcast on NBCSN starting at 3 p.m. EDT.