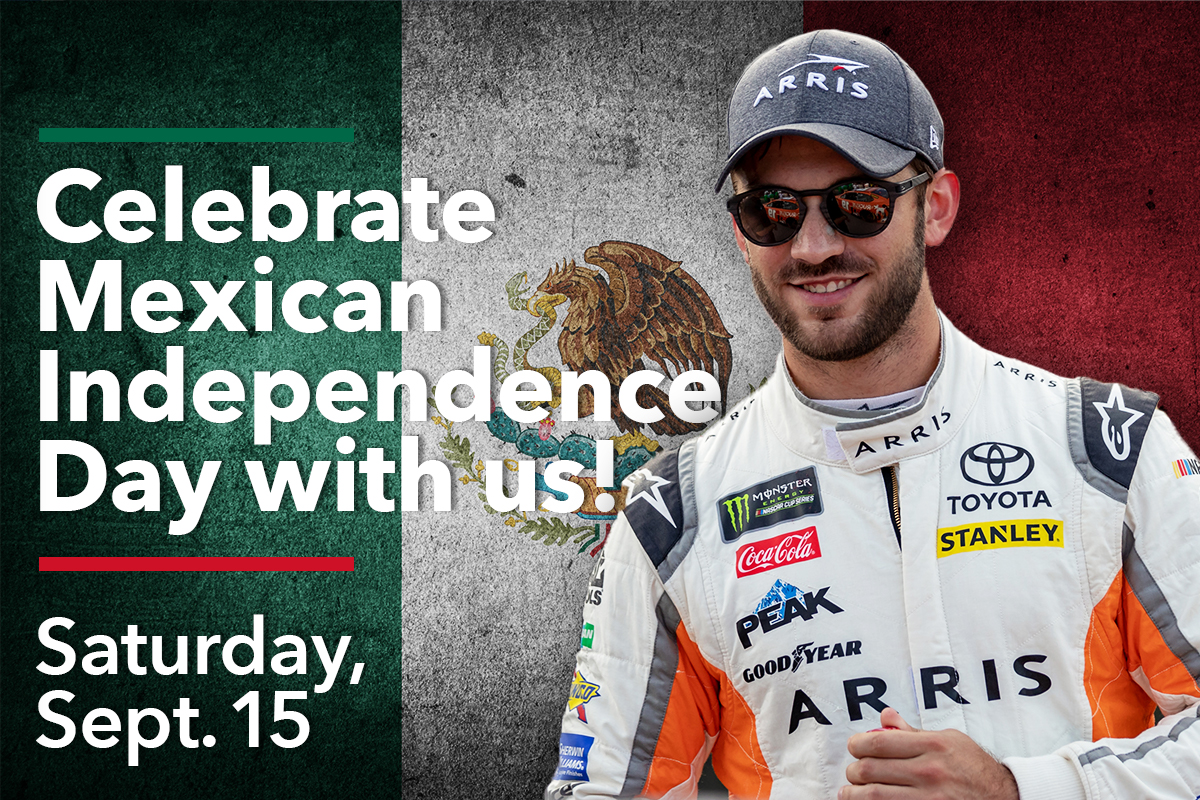 Monterrey, Mexico, native Daniel Suarez – driver of the No. 19 Toyota for Joe Gibbs Racing Monster Energy NASCAR Cup Series car – will be the featured guest on the Neon Garage stage in the LVMS infield at 11:45 a.m. Pacific Time on Saturday. After a Q&A with fans, Suarez will present a Hispanic Heritage Award to a deserving member of the Las Vegas community.

LVMS will welcome internationally renowned singer and songwriter Victoria La Mala to sing the national anthem before the DC Solar 300. The Mexico City, Mexico, native is a rising star who has been named one of “5 Mexican Millennials You Need to Hear” byBillboard magazine and who was nominated for a Premios Juventud’s Producers Choice Award in 2016.

La Mala’s single “Si Va A Doler Que” held down the No. 1 position on the charts in El Salvador, cracked Billboard’s Top 40 in the United States and also hit the top spot in six different charts in Guatemala last year. She also was a celebrity participant on Univision’s popular dancing competition “Mira Quien Baila” and has been confirmed to open up for Romeo Santos’ Golden tour.

“I’m super excited to perform the National Anthem for the DC Solar 300 race at Las Vegas Motor Speedway, it’s a dream come true.” La Mala said. “This will be my first NASCAR race, and I can’t wait to be a part of it. I will be wishing all the drivers luck as they compete for the championship, and it’s going to be a fun day!”

La Mala, who was included in Billboard’s “Latin Artists to Watch” article in 2015, is very active on social media. She has a presence on Twitter (@VictoriaLaMala), Instagram (www.Instagram.com/victorialamala) and Facebook (www.Facebook.com/VictoriaLaMala).

The Canyon Springs High School Mariachi Band will perform in the Turn 4 Turn Up gathering spot on the concourse behind Turn 4 at 11 a.m. Entravision will provide live remotes from LVMS throughout the day, and the Mundo Hispanico news media outlet also will be on-site providing coverage from the day’s activities.

In addition, a number of Hispanic social media influencers will attend the races and share their experiences on their social media channels throughout the South Point 400 weekend.