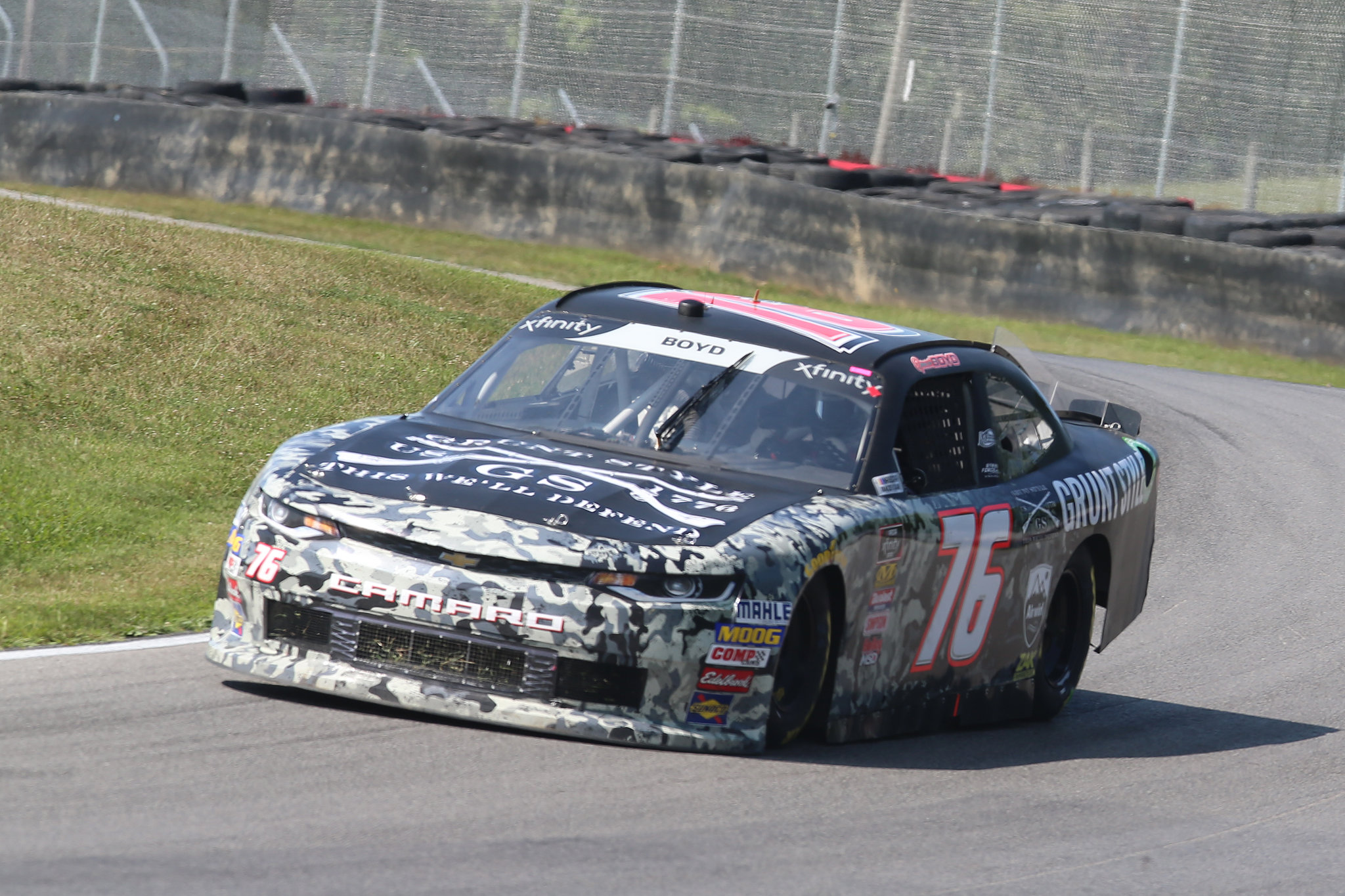 SS Greenlight Racing will bring chassis 701 to Road America this weekend for the Johnsonville 180. Spencer Boyd ran this chassis previously at Mid-Ohio Sports Car Course and finished in the 25th position.

News and notes:  After a brutal race in Bristol, Spencer Boyd and his Grunt Style Gladiators will make a stop at Road America for the final road course race of the month. Boyd will look to extend his top 25 steak with another solid road course performance this weekend. “Even though I still don’t have that much experience on road courses, I really enjoy this style of racing,” says Boyd. “ We managed to get top 25 finishes at Watkins Glen and Mid-Ohio earlier in the month, so it would be really cool to get another one at Road America.”

Sponsor Highlights:
SS Greenlight Racing would like to thank returning associate sponsor, Kickass Beef Jerky for being on board in Road America. The team would also like to welcome new associate sponsor Band of Brothers Outdoors to the No. 76 Grunt Style Chevrolet Camaro. Band of Brothers Outdoors is a small Minnesota based Non-Profit organization for veterans. They provide recreational therapy opportunities for our nations heroes. Band of Brothers Outdoors strives to provide opportunities as well as gear that’s needed for veterans to attend events such as bear, deer, waterfowl, fishing, canoeing, and other outdoor activities. Their goal is to provide these experiences at no charges for our nation’s veterans.

TV/Radio: The Johnsonville 180 from Road America can be seen live on Saturday, August 25th on NBCSN. Race coverage will begin at 3:00 p.m. EST, and the event can also be heard live on MRN Radio as well as SiriusXM Radio, channel 90.