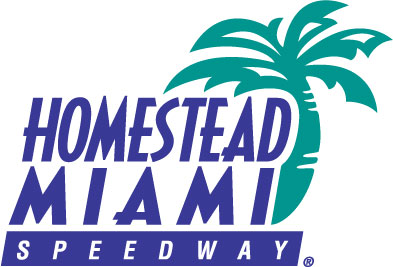 As Homestead-Miami Speedway prepares for the NASCAR XFINITY Series (NXS) championship, three of the series’ top drivers tested at the championship track on Tuesday, the first of two straight days of testing.

With the drivers hoping to make a championship run, teams took advantage of a full day of on-track activity. The teams who participated in the tests had the opportunity to experiment on the Speedway’s 1.5-mile oval and gain valuable racing information. The XFINITY series drivers who participated in today’s testing included 2017 NASCAR Camping World Truck Series (NCWTS) champion Christopher Bell and fellow rookies Tyler Reddick and Austin Cindric. Also taking part in the two days of testing is NCWTS driver Todd Gilliland.

At Tuesday’s testing session, drivers were excited about the possibility of competing for an XFINITY series championship at the Ford EcoBoost 300 at Homestead-Miami Speedway on November 17.

After capturing the Truck series championship a year ago, Bell currently sits atop the NXS regular season points standings and is seeking another championship run. If he were to accomplish that feat, Bell would be the first driver in NASCAR history to capture NCWTS and NXS championships in consecutive seasons.

“Every year going into the points chase, your goal is to make the final four at Homestead,” said Bell. “Thankfully between my two full-time years in the truck series I was able to make the Championship 4 both years so I’ve got a great opportunity to make it again this year.”

Reddick, who is in his first full-time XFINITY series season currently sits sixth in the points standings. Reddick realizes he needs as many points as possible and even a win to put him in prime position as the playoffs inch closer.

“There’s a little bit of time left to get one or two spots up from where we are, and if we play our cards right coming up we have a shot at getting another victory,” said Reddick. “We’ve had good speed at the road courses and the older track surfaces such as this place right here at Homestead, which kind of comes right into my wheelhouse.”

Cindric will be running his first NXS race at Homestead-Miami Speedway this season after finishing fifth in the Truck series race last year. Cindric knows first-hand what a monumental weekend Ford Championship can be.

The full list of drivers who participated in today’s testing are listed below. Each of the drivers will continue their testing session on Wednesday. Tomorrow’s testing session will again be open to the public from 9:00 a.m.– 5:00 p.m.