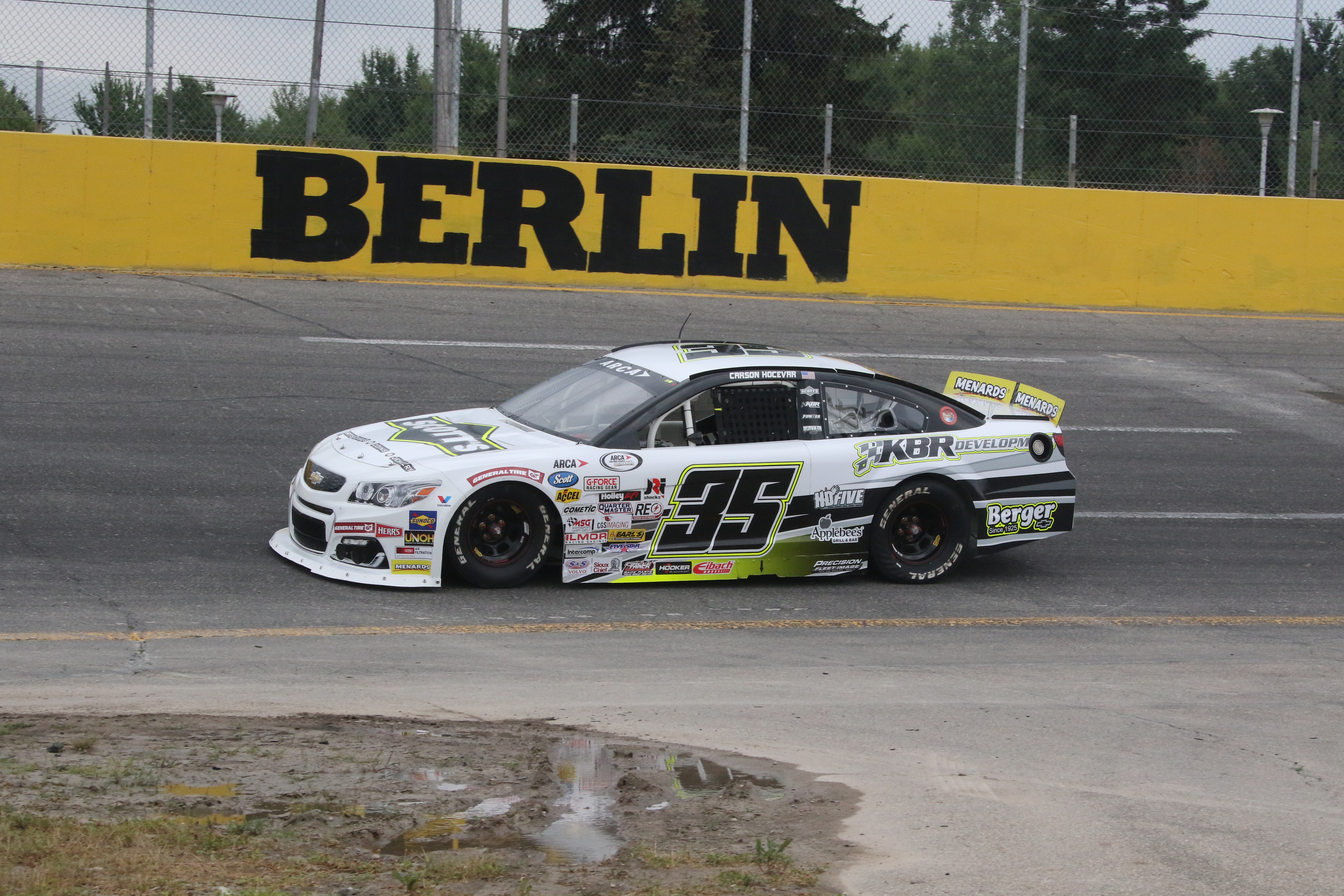 Mother Nature may have scuttled the Primera Plastics 200 on its original date back in July, but the rescheduled date on Saturday August 25 will give race fans one of the biggest nights of racing in Berlin Raceway’s storied history.
Not only will the ARCA Racing Series presented by Menards be in action for 200 laps, the track’s local divisions will also settle their NASCAR Home Tracks Series season championships. Berlin’s weekly Super Late Models, Super Stocks, Sportsman, Modifieds and 4-Cylinders will all be in action prior to the Primera Plastics 200. All told there will be at least 395 laps of feature racing for the night.
“Over the years the ARCA Racing Series presented by Menards races at Berlin have been memorable and unique, from the early days of when the track was dirt up through Chase Elliott making up 3 laps on the field during green flag pit stops just a couple years back,” said ARCA President Ron Drager. “The Berlin management team of Don DeWitt, Mike Bursley and Nick Mesman have a really strong lineup of weekly division racing, and with them all racing for their respective NASCAR weekly track championships on August 25 plus the Primera Plastics 200, it shapes up to be another one-of-a-kind experience for everyone in attendance that night.”
For Berlin Raceway, the night shapes up to be one of the biggest in the track’s history.
“When this event was postponed back in July, we looked a few dates to reschedule the event,” said Nick Mesman, general manager of Berlin Raceway. “We landed on the August 25th date. We knew putting on a show like this wouldn’t be easy, however working with ARCA and the understanding and help from our local NASCAR Whelen All American Series teams, we’d be pulling off one of the biggest events we’ve ever had here at Berlin Raceway.”
The ARCA Racing Series field was set in July prior to the rainout with Portage, Michigan’s Carson Hocevar (No. 35 KBR Development Chevrolet) on the pole. There will be a 30-minute practice for the ARCA teams at 3:45 pm ET. With an extended night of racing on tap, local division racing will begin at 5:30 pm ET, with the Primera Plastics 200 set for an 8:30 pm ET green flag. ARCARacing.com will have live radio coverage of all on-track activity for the ARCA Racing Series presented by Menards, alongside live timing and scoring for registered users.
Discounted tickets for the Primera Plastics 200 are still available at participating Grand Rapids-area Menards locations. Fans who purchase their tickets at Menards for just $15, meaning fans can save $5 off their admission. Tickets are $20 at the gate.
ARCA PR