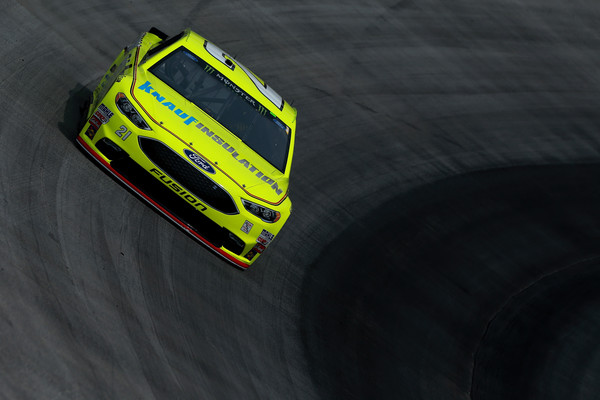 After one of their best qualifying efforts of the season, Paul Menard and the No. 21 Menards/Knauf team will start Saturday’s Bass Pro Shops NRA Night Race at Bristol Motor Speedway from the outside of the second row.

“We had a really solid day all around,” said Menard, who led the way in qualifying for the Ford Motor Company contingent.

Menard, who won the pole at Chicagoland Speedway last month, showed speed increases throughout the day on Friday, and topped it off with strong runs in the final two rounds of qualifying.

“We made a couple changes in Happy Hour that kind of woke the car up and didn’t really concentrate on qualifying much, so we weren’t really sure what to expect but the car drove really good,” Menard said. “Turns One and Two were shaded, so there was a lot more grip versus Three and Four in the sun, so I think everybody was kind of struggling with the balance there, but it felt like we nailed it pretty close.

“It sucks being so close to P1 – two one-hundredths I think it was, but overall I’m proud of my guys, and it was a good day.”

Saturday’s Bass Pro Shops NRA Night Race is scheduled to start just after 6:30 p.m. Eastern Time, which is an hour earlier than expected due to weather concerns. TV coverage will be on NBCSN.