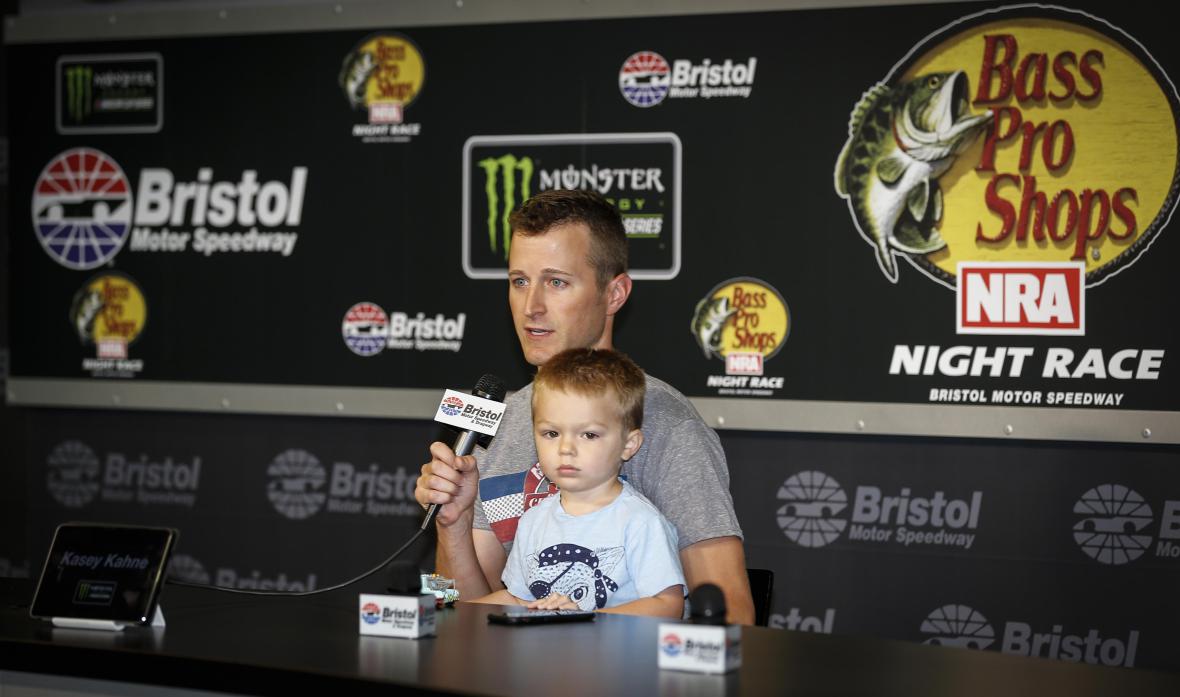 When Kasey Kahne was a boy, his parents taught him that whatever he did, he needed to do it 100 percent.

Kahne thought about that parental advice when he began considering what to do with the next chapter of his life – and it became a big reason why he’s decided to retire from full-time competition in NASCAR.

“I think so much about it as the person I am and how I was raised,” Kahne said. “I got back to the same reasons why I’ve kinda had enough at this point. When I was young my dad was all about, if you do something, do it 100 percent. You put everything you have into it. When my parents finally said yes for me to go racing at 14, it was 100 percent from that point on, and it’s all that I’ve thought about.

“It’s all I think about when we’re having fun, whatever it may be, I’m still there – I’m still thinking about racing. Twenty-five years later, it gets to be a lot. It’d be nice to not have that on my mind full time. That’s my biggest reason, to think more about (son Tanner), to think about other things in life and things I want to do, to achieve – and just not to be so deep into racing for a little bit, and I think that’ll be really nice for me.”

Kahne announced his decision Thursday and met with the media Friday at Bristol Motor Speedway to talk about it. It’s something he’s been thinking about for some time, especially since leaving powerhouse Hendrick Motorsports at the end of last season.

Kahne joined the smaller Leavine Family Racing team for 2018, and Kahne said he was excited about helping build LFR into a more competitive unit. But struggles over the last few years – Kahne hasn’t finished higher than 12th in the final points standings since 2012 – has worn on him.

Plus, Kahne has a two-year-old son, Tanner, with whom he wants to spend more time.

“It has been on my mind for a while,” Kahne said. “Truthfully, the last two years at Hendrick and then the year here at LFR (Leavine Family Racing) just as far as competition, I haven’t been as competitive as what I want to be. So I would say over the last three, four months it’s started being on my mind, like, ‘Man, do I need to find other things to do?’

“I just finally made that decision. But it’s definitely been there for a few months. LFR is working very hard to make improvements … and that was exciting to me. It kept me in it a little bit longer, but then I finally just decided that it is time to do something different.”

Kahne has 18 victories in his Monster Energy NASCAR Cup Series career – well, 20, according to Kahne.

OK, so 20 times he’s been to victory lane after a NASCAR Cup race. He’s won the Coca-Cola 600 three times, the Brickyard 400 and has won races for three different manufacturers.

“I would have loved to have won a championship, I would love to have 30 wins,” Kahne said. “But that didn’t happen, and I’m fine with that. I feel like the things that did (happen) have been great. I got to make a run and live in an awesome time in NASCAR from ’04 until now. It feels great to be part of that part of NASCAR, for sure.”

“I’ll definitely do a little bit more,” Kahne said. “I feel like our teams are very good. Last week, with Brad Sweet winning the Knoxville Nationals was a huge part for KKR, a dream for a lot of us to win that race, and it was special to be there and cheer him on.

“I still love that racing; that’s where I started and that’s how I learned how to drive. I can see myself doing 40 to 50 races in Sprint Cars next year.”