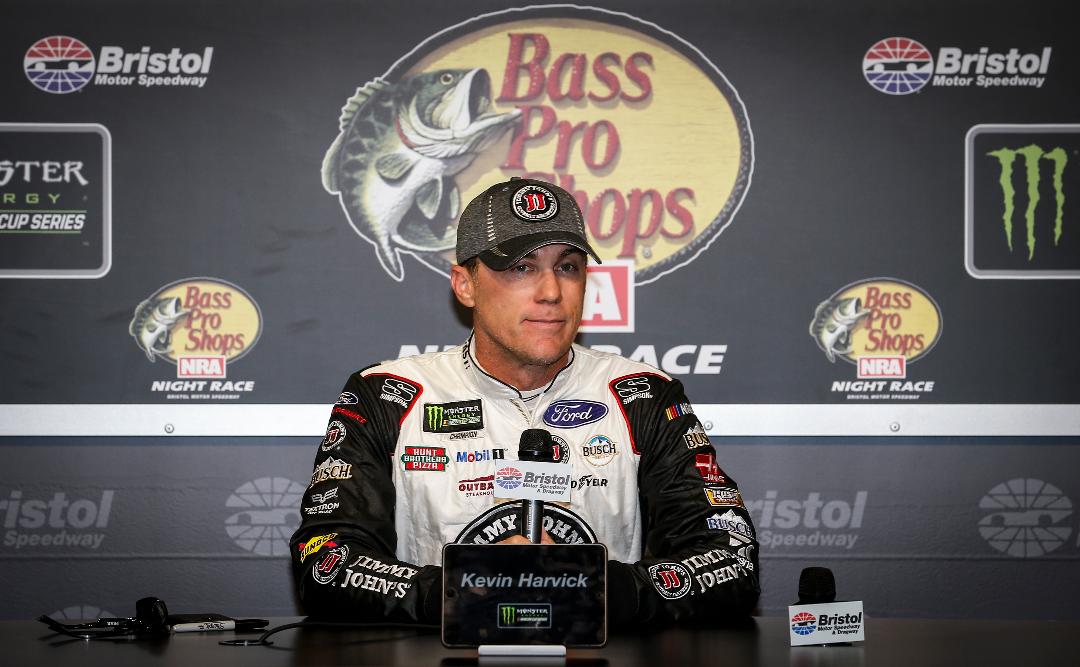 Kevin Harvick doesn’t take the incredible run of success he’s enjoyed in 2018 lightly. In the midst of a season where he’s already won a career-best seven Monster Energy NASCAR Cup Series races, Harvick knows what the alternative feels like.

That means the wins – even as frequently as they’ve come this season – aren’t taken for granted, a perspective that keeps him motivated heading into Saturday’s Bass Pro Shops NRA Night Race at Bristol Motor Speedway.

“The biggest thing for me is I’ve been totally on the opposite side of this,” Harvick said. “You come to the racetrack knowing you don’t have a chance every week, and how are you going to fix it. Now you know you have a shot coming to the racetrack. You’ve got a group of guys, a team, an organization a manufacturer and everybody who’s trying to figure out how to keep it going, and doing everything they can to keep progressing the cars and the team and everything around it.”

Harvick, Kyle Busch and Martin Truex Jr. have been the dominant trio in 2018, combining for 17 wins. Harvick has the most among the three after picking up his seventh in dominant fashion last weekend in Michigan, and his 1,190 laps led are also the most for any Cup Series driver in 2018.

In many ways, Harvick’s season is trending like his 2014 campaign when he won five races, posted 14 top-five finishes and claimed the world championship. Harvick has already eclipsed that win total, with his 17 top-five finishes already well ahead of that 2014 pace as well. But in his eyes, Harvick feels he’s simply been able to finish strongly on a more consistent basis.

“For me, it’s kind of full-circle and the last almost five years we’ve been fortunate to have a lot of success,” said Harvick, who has 21 wins since 2014. “As you look back and I go back to 2014, I feel like we were in the same position and just didn’t capitalize on the amount of race win opportunities that we had. That was a year that I put the performance right up to where we are. This year, I think we’ve just capitalized on more moments to win race and, in the end, that’s really what it’s all about, how many times did you get to victory lane.”

Harvick has done that a lot in 2018, as his 40 playoff points are the most for any driver.

It’s stark contrast to a spell of frustrating finishes outside the top 10 from 2009 through the spring race in 2015 at the track, but Harvick, who also won at Bristol in 2005, is part of a driven group that keeps pushing forward.

That means nobody is resting on the vast amount success so far this year, hopeful that the eighth win of 2018 comes on Saturday.

“The success is obviously what everybody’s here for and when you get that, that really helps keep everybody motivated,” Harvick said. “It’s a grind. That’s really harder right now than putting the cars on the racetrack, just making sure you keep everybody motivated. The playoffs are when it takes another step of intensity and you’ve got to be ready for that.”