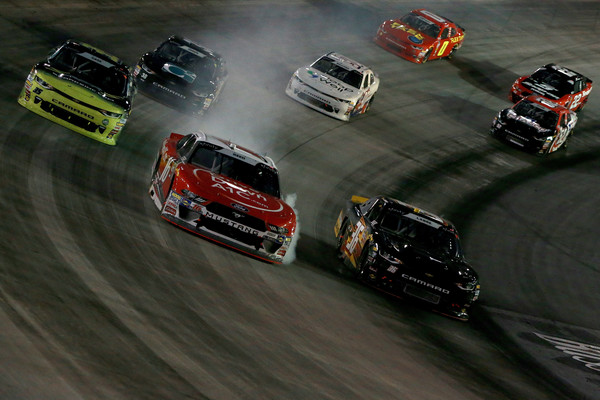 Ryan Reed started Friday night’s race at Bristol Motor Speedway 16th and spent stage one and two running solidly inside the top 15.  A flat tire late in the final stage resulted in a trip down pit road for repairs.  Reed returned to the track and ultimately crossed the finish line 17th in his No. 16 Drive Down A1C Lilly Diabetes Ford.

“This was one of the best handling cars I’ve had at Bristol,” said Reed.  “Something was off and we didn’t have the speed we needed to really be competitive tonight, but we were holding our ground.  The flat tire set us back, but we salvaged a decent finish.”

Reed took the green flag to start the race 16th and lost one lap over the opening 70-lap run while one car dominated the long run.  A caution came out just before the conclusion of stage one and with the leaders visiting pit road Reed was able to capitalize and take the “wave around” to get back the lost lap and close out the first stage 15th.

After a pit stop for four tires and fuel, Reed lined up 12th for stage two.  The No. 16 suffered some damage during stage two and while pitting for repairs too many crewmembers went over the wall, resulting in a penalty.

Long green flag runs ensued over the final stage and Reed lost two laps to the leaders.  In the closing laps, a flat front tire sent him down pit road under green flag conditions.  Reed persevered until the end to cross the finish line 17th in his No. 16 Drive Down A1C Lilly Diabetes Ford Mustang.