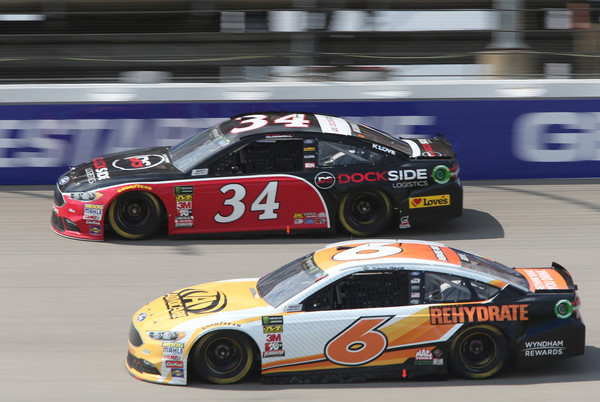 Trevor Bayne had a solid run going in his AdvoCare Rehydrate Ford Fusion Sunday afternoon at Michigan International Speedway, before a mechanical issue in the closing laps ended his day early.

Bayne restarted the final stage in the top-20, but noticed an issue with less than 25 to go and ultimately was forced to the garage after making a stop on pit road.

After rolling off the grid 26th, the Knoxville, Tennessee, native advanced up to 20th less than 20 laps in. Following a pair of pit stops, Bayne would end the opening stage 21st, reporting he was loose and needed front turn.

He would restart the second stage in 19th, and following a pair of cautions, concluded the segment in 18th. After the No. 6 team continued to try and tune up the Ford Fusion, Bayne restarted the final stage in 17th. He would go on to pit at lap 140 for tires, knowing they’d need to come back down pit road for fuel before the conclusion of the race.

As pit stops cycled with less than 25 to go, Bayne reported he was losing power in his machine, ultimately bringing him down for service as he rode in the top-10. Following the stop, he was unable to get the car re-fired, forcing him behind the wall for a 34th-place finish.

The 2011 Daytona 500 Champion returns to his home track next weekend, Bristol Motor Speedway, for a Saturday night race under the lights. Coverage begins at 7:30 p.m. ET on NBCSN and PRN.