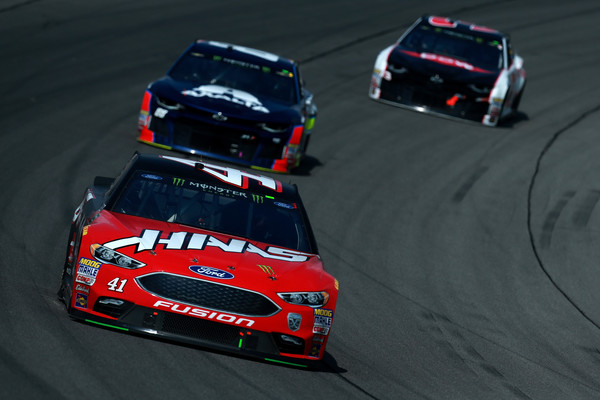 ● The Haas Automation driver said the car was better on the top part of the track. He pitted on lap 27 for two tires and fuel.

● Was in the top-five for much of the stage.

● Busch pitted for four tires, fuel and a wedge adjustment on lap 63.

● While in fifth place, Busch pitted for two tires and fuel on lap 76.

● Busch pitted on lap 123 for four tires and fuel.

● On lap 172, while in sixth, Busch pitted for just right-side tires, fuel and a wedge adjustment.

●  There were eight caution periods for a total of 37 laps.

●  Twenty-one of the 40 drivers in the Consumers Energy 400 finished on the lead lap.

●  Harvick’s margin of victory over second-place Brad Keselowski was 3.233 seconds.

“Is this groundhog day? Is it deja vu? We are running so strong, not making mistakes and chiseling away. That is why we are fourth in points. Consistency. Anytime I get to the back bumper of the 4, 18 or 78, they inch away from us. We are sliding both ends of our car. We are so close. We will find our day. We have good rhythm, we just can’t steer too far away from this rhythm. Thanks to Monster Energy, Haas Automation and Ford.”

The next event on the Monster Energy NASCAR Cup Series schedule is the Bass Pro Shops NRA Night Race on Saturday, Aug. 18 at Bristol (Tenn.) Motor Speedway. The race starts at 7:30 p.m. EDT with live coverage provided by NBCSN beginning at 6 p.m.