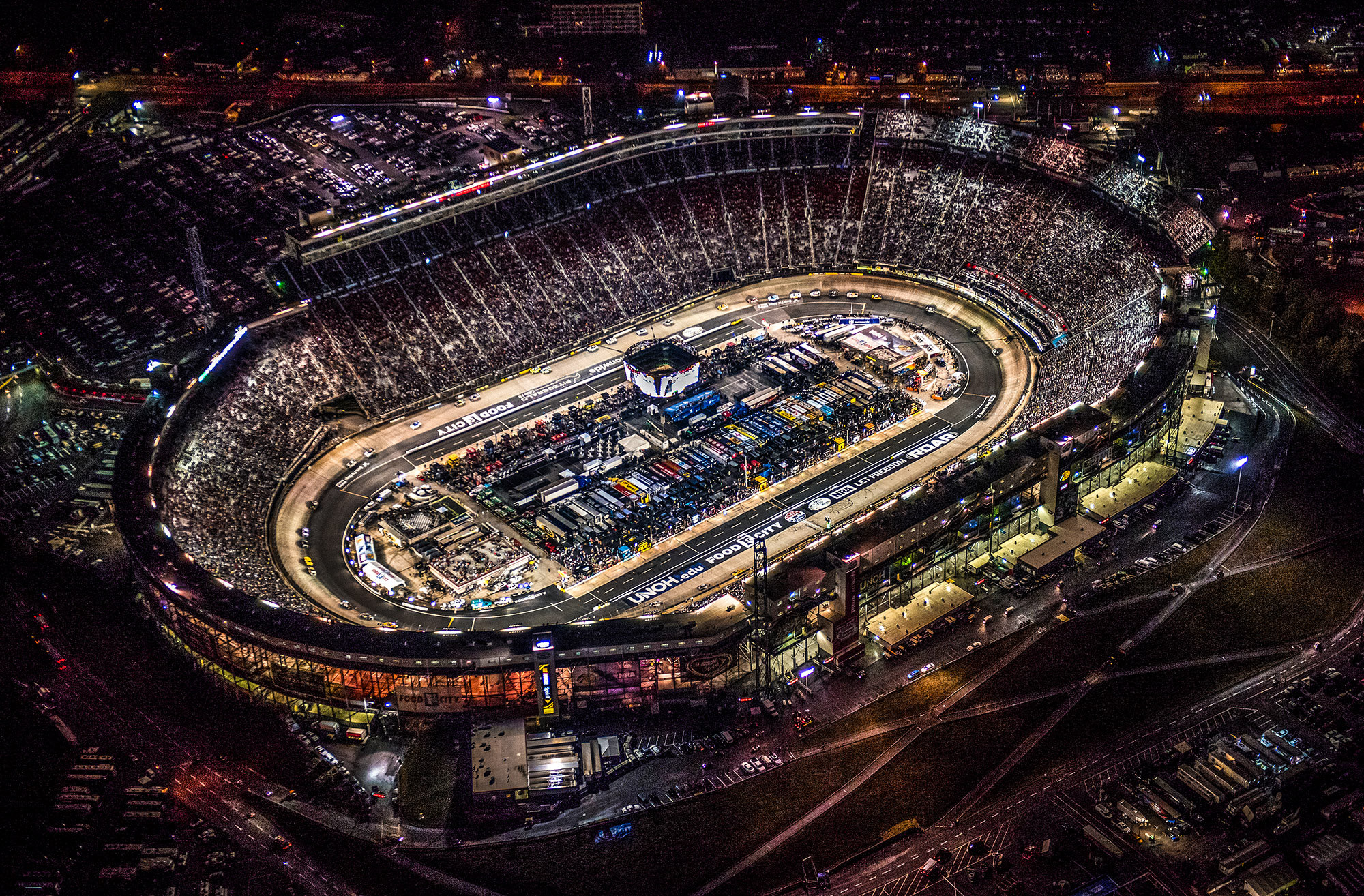 Guests from all 50 states and over 20 countries will descend upon East Tennessee this coming week to celebrate the party of the summer, where heroes both on-and-off track will be honored and a race winner celebrated under the lights. There’s nothing like the Bass Pro Shops NRA Night Race and the fun begins today.

“The energy around this place in August is electric,” said Jerry Caldwell, executive vice president and general manager of Bristol Motor Speedway. “There’s nothing like seeing our friends and their families arrive in East Tennessee to celebrate the American tradition of night racing at Bristol. This is truly America’s Night Race.”

To view a schedule of all events and activities during the Bass Pro Shops NRA Night Race week, check out the BMS Fan Schedule at http://www.bristolmotorspeedway.com/fans/fan-schedule/.

Highlights of the race week include:

Tri-Cities Race Week Parties: Race fans are in for a treat as the three major cities in the Tri-Cities open their arms to showcase the best of the region. All three parties will feature entertainment, food, games, driver appearances and more.

For more information on the parties, check out the events page on Bristol Motor Speedway’s Facebook page.

Fitzgerald Peterbilt Transporter Parade: The Fitzgerald Peterbilt Transporter Parade returns in 2018 with a modified route. Haulers will be on display from Noon to 2:30 p.m. at the Bass Pro Shops at The Pinnacle with Austin and Ty Dillon available for autographs inside from Noon to 1 p.m. Guests are asked to pick their spot on BMS property between the North and South Speedway entrances off Hwy 11E/Volunteer Pkwy by 4 p.m. The haulers will roll by Bristol Motor Speedway around 4:10 p.m.

UNOH 200/Bush’s Beans 150 Doubleheader moved to Thursday: The ever popular NASCAR Camping World Truck Series/NASCAR Whelen Modified Tour doubleheader moves to Thursday night, Aug. 16 to provide three consecutive nights of racing under the lights. The UNOH 200 will serve as the official regular season finale for the NCWTS, meaning drivers will give their all for one final chance to qualify for the 2018 playoffs.

Musical Entertainment: Race fans will be in for a treat as the likes of Joe Nichols, Lee Greenwood and Tim Dugger take to the stage. Country star Nichols will get the crowd rocking during the State Water Heaters Pre-Race Concert while Greenwood will celebrate the good ole United States with “God Bless the USA” during pre-race. Dugger will rock out with the fans on the Trackside Live stage in the Fan Zone following the conclusion of the Food City 300 NASCAR XFINITY Series race on Friday night.

Neighborhood Heroes: As the home of America’s Night Race, BMS is paying tribute to four true American heroes, individuals who have gone above and beyond in their community. These four honorees will be celebrated during pre-race ceremonies of the Bass Pro Shops NRA Night Race. The four heroes are:

Pre-Race Highlights: Pre-race at BMS is a place to respect heroes, both on-and-off track