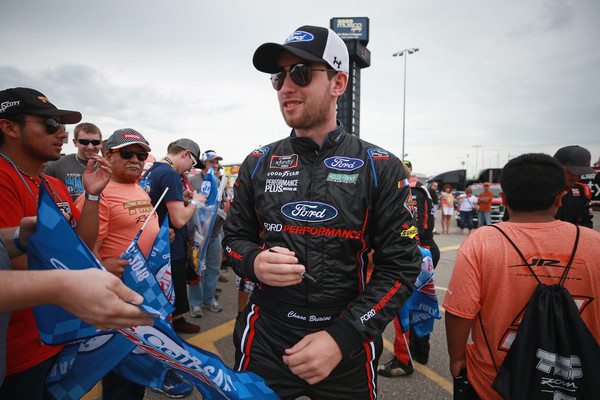 Chase Briscoe took the checkered flag 14th in Saturday afternoon’s race at the Mid-Ohio Sports Car Course. Briscoe and the No. 60 Ford Performance team persevered, bouncing back after a spin in stage two threatened their efforts.

After rolling off the grid 18th, Briscoe kept pace and stayed on course throughout the first stage. The driver carefully worked his way up through the field to break into the top-10 and finish ninth. The team pitted at the stage break for four tires and fuel and gained four positions on pit road.

Briscoe used the successful pit stop to his advantage, restarting stage two strong and holding on to his momentum. The driver kept pace until a competitor car clipped the rear bumper of the No. 60 Ford, sending the car spinning at lap 32. The team went to work, pitting to fix the damaged bumper. Briscoe finish stage two 32nd.

The No. 60 Ford team was awarded the free pass position with the caution leading into the final stage at Mid-Ohio. Briscoe took advantage of his track position after the team pitted again to put the finishing touches on the damage. By lap 51, Briscoe clocked his fastest lap of the stage and worked his way back into the top-15. The team pitted with a caution due to a lack of forward drive. Briscoe survived another caution in the closing laps to lock in a solid top-15 finish.

Briscoe and the No. 60 Ford Performance team return to the track Friday, August 17 at Bristol Motor Speedway.