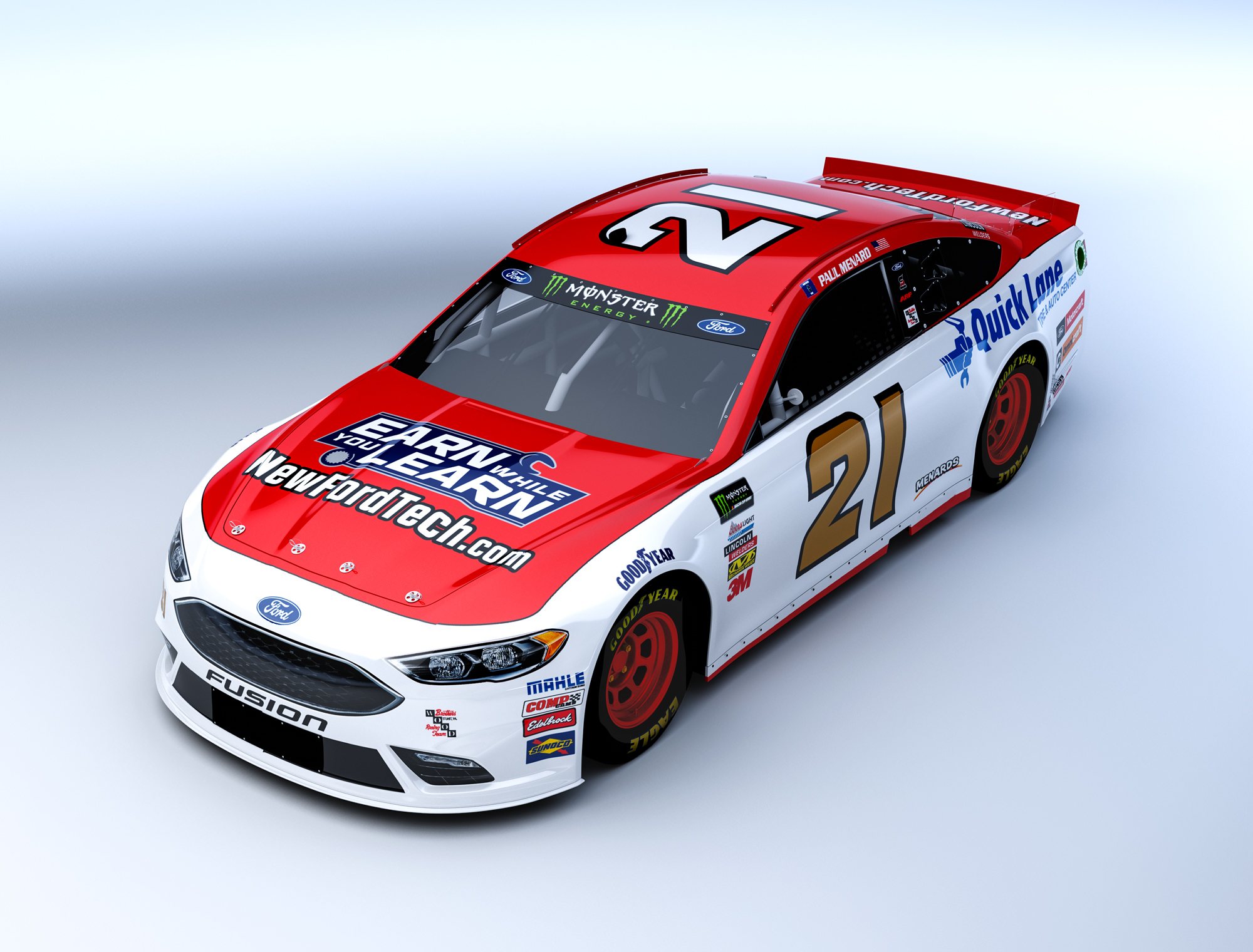 Paul Menard is headed back to Michigan International Speedway hoping he and the No. 21 Earn While You Learn/NewFordTech.com team can pick up where they left off there a couple of months back.

“When we get there we’ll start off with the car similar to how it was when we ended in June and work on a few things from there,” Menard said, adding the he enjoys the high speeds at the home track of Ford Motor Company. In June, Menard posted lap speeds over 200 miles per hour in practice and in the first two rounds of qualifying.

“It’s a cool place,” he said. “It’s the fastest track we go to, and race drivers like speed.”

Menard said that Michigan’s racing surface continues to age and improve since a repave between the 2011 and 2012 seasons. 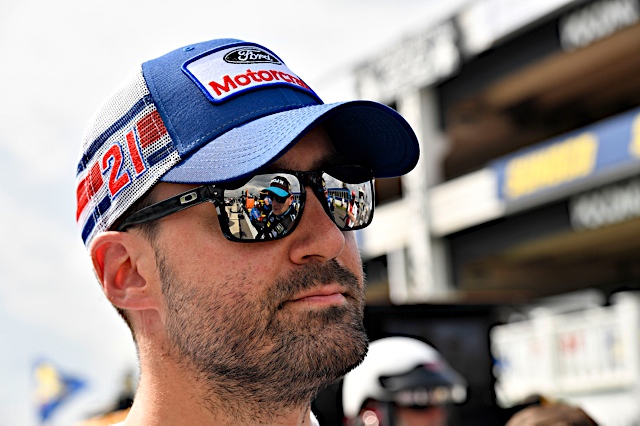 “It’s still hard to pass, but it’s getting better and the groove is widening out,” he said, adding that those kinds of conditions mean the No.21 Earn While You Learn/NewFordTech.com team needs to have speed from the start of the weekend to the checkered flag on Sunday afternoon.

“It’s a track-position race, so it’s important to qualify up front and maintain good speed throughout the race,” he said.

Sunday’s Consumers Energy 400 is the 23rd points race of the 2018 season, which means there are just four regular season races remaining before the start of the 10-race, season-ending Playoffs.

Menard and the No. 21 team, while still 17th in the points standings, need a race victory in one of the next four races to secure a spot among the 16 drivers who will start the Playoffs. He said that’s doable.

This weekend, Menard and the No. 21 Fusion will be promoting a new Ford program, Earn While You Learn/NewFordTech.com. The logos on the car will bring awareness to a Ford Motor Company initiative which features the stand-alone technician training schools that are available through Ford and its network of dealers.

Graduates of the programs are immediately eligible to join the workforce as technicians, the specialists employed by Ford and Lincoln dealers, as well as Quick Lane Tire and Auto Centers, where they can repair and maintain customers’ vehicles.

“Back in the day, my brother Len and I learned to work on race cars by helping our dad and our uncles,” he said. “But with the advancements in technology, specialized training is a must whether you’re working on passenger vehicles or race cars.”

Qualifying for the Consumers Energy 400 is set for Friday at 5:05 p.m. Eastern Time, and the race is scheduled to start just after 2:30 p.m. with TV coverage for both events on NBCSN.