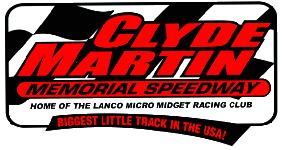 Logan Seavey placed third as the top finishing Toyota in a wild USAC P1 Insurance National Midget series’ feature at Lanco’s Clyde Martin Memorial Speedway Saturday night in the first race of Pennsylvania Midget Week.
The event saw a number of multiple-car incidents involving drivers running in the top five, culminating in a wild finish with just two laps remaining.
Seavey started the night’s action from the pole, but it was Kevin Thomas Jr. who dove underneath for the lead heading into turn one on the opening lap with Seavey second – ahead of Keith Kunz Motorsports Toyota teammate Spencer Bayston who charged up from sixth to third after earlier setting a track record in qualifying.
Bayston would eventually dive underneath Seavey to take over the second spot and then begin to close on Thomas. As the leaders began to maneuver through lapped traffic on lap 16, Thomas would clip one of the lapped cars and spin, which then collected fifth-place Brady Bacon, who would barrel roll against the outside guard rail and eventually land on top of Thomas. While it would prove to be the end of the day for Thomas, Bacon was able to continue.
That handed the lead over to Bayston, the 2017 USAC champion, who held down the top spot ahead of Seavey. Bayston continued to hold the lead through another multiple-car incident on lap 24 of the 40-lap event. He remained in point position until lap 29 when Zeb Wise was able to move past him.
Bayston wasn’t finished, though, as he closed on Wise and was on his tail with just two laps to go when he made his move for the lead. Battling through lapped traffic, Bayston would spin on the top side of the race track between turns three and four, seemingly leaving third-place Seavey with nowhere to go, only to see the USAC point leader somehow put all four tires on the outside wall and drive around his teammate without making contact. Bayston would continue, but at the tail end of the lead lap.
On the re-start, Wise would pull away with Alex Bright slipping past Seavey for second. Fellow Toyota driver Bacon bounced back from his early race incident to place fifth, with Tanner Carrick placing sixth and Bayston recovering for ninth.
“I just wasn’t on tonight and I can’t give enough credit to this team and this car that carried me,” said Seavey afterward. “The big thing was we still finished up near the front for the fifth or sixth race in a row and that’s what you have to do to win a championship.”
Seavey extended his USAC championship lead to more than 100 points over Bayston heading into Sunday night’s Pennsylvania Midget Week finale at BAPS Motor Speedway in York Haven. Just five full points races remain on the 2018 schedule.