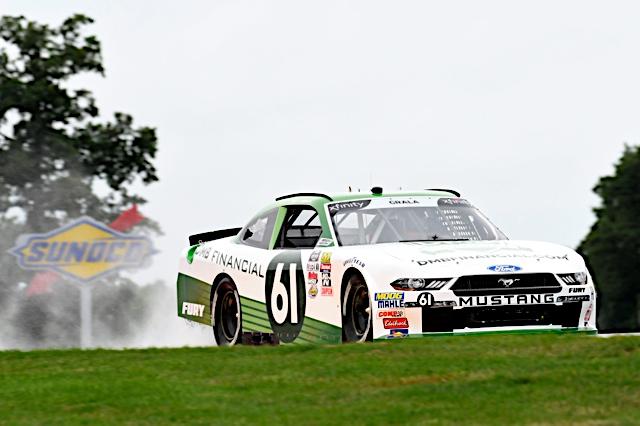 Quote: “That race had a little bit of everything in it. I was excited to see the rain, but it was short-lived, unfortunately. The driving part was fun, but the vision part was a little bit more challenging. If they can figure out a way to get us to see out of these cars in the rain, it would be a blast. As far as our No. 61 DMB Financial Mustang, we definitely have some work to do before next weekend’s race. I think we would have been much better off if we had dry practice yesterday. Other teams have notes to go off of from last year and other drivers have previous experience here, but we kind of guessed at it. I think we just need a little bit more grip and a little bit more speed. We were weren’t real loose or real tight, just a little bit on top of the track. We missed it a bit, but we will go back to the drawing board and get ‘em at Mid-Ohio.”