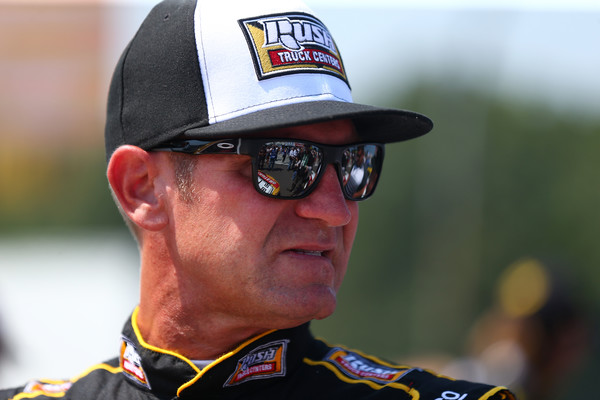 ● He reported his car was a little loose and was taking it easy in the opening laps.

● Bowyer climbed to 12th before pitting on lap 17 under green to gain track position for the start of Stage 2.

● He asked the crew for more grip to get around the road course.

● Bowyer pitted from ninth on lap 37 in the hope of gaining track position for the final stage.

● Bowyer pitted from 10th under caution on lap 55 and restarted the race in 15th with 32 laps remaining.

● He told the crew that he and every other driver struggled to pass on the track.

● Bowyer climbed as high as 11th to finish the race.

●  Chase Elliott won the Go Bowling at The Glen to score his first career Cup Series victory. His margin of victory over second-place Martin Truex Jr. was 7.560 seconds.

●  There were four caution periods for a total of 11 laps.

●  Twenty-four of the 37 drivers in the Go Bowling at The Glen finished on the lead lap.

“That was a tough day for the Rush Truck Centers Ford, but we fought hard. It was hard to pass out there. We were struggling to make grip. We tried to play the strategy game, and that got us a decent finish. It was a long weekend, but everyone worked hard.”

The next event on the Monster Energy NASCAR Cup Series schedule is the Consumers Energy 400 on Sunday, Aug. 12 at Michigan International Speedway in Brooklyn. The race starts at 2:30 p.m. EDT with live coverage provided by NBCSN beginning at 1:30 p.m.