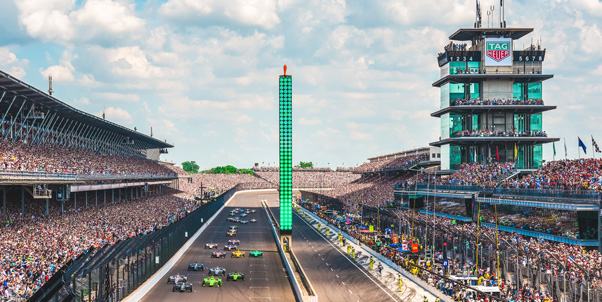 The readers of America’s most widely circulated newspaper have spoken: The Indianapolis 500 is the greatest auto race in the world.

The Indianapolis 500 was named the Best Motorsports Race in the USA TODAY 10Best Readers’ Choice travel award contest conducted this summer at 10Best.com.

“We’re happy to agree with the readers of USA TODAY and 10Best.com – there’s nothing on Earth quite like the prestige, tradition, power and excitement of the Indianapolis 500,” Indianapolis Motor Speedway President J. Douglas Boles said. “The race continues to enjoy positive momentum and growth since the landmark 100th Running in 2016. Thanks to everyone who voted for the ‘500,’ and we will continue to work every day to ensure fans enjoy a fun, memorable experience every May at IMS.”

“The Greatest Spectacle in Racing” earned this honor by topping an impressive list of global auto races, including the Daytona 500, Monaco Grand Prix and the 24 Hours of Le Mans, nominated as finalists by an expert panel of racing and travel journalists. The public voted online from June until July 23.

The Indianapolis 500 is the world’s largest single-day spectator sporting event, attracting Race Day crowds of more than 300,000 fans and television viewers and radio listeners worldwide. The race has become an American institution and Memorial Day weekend tradition since its inaugural running in 1911.

USA TODAY has a daily circulation of nearly 3 million, the largest in the United States, with more than 24 million downloads of its mobile apps.