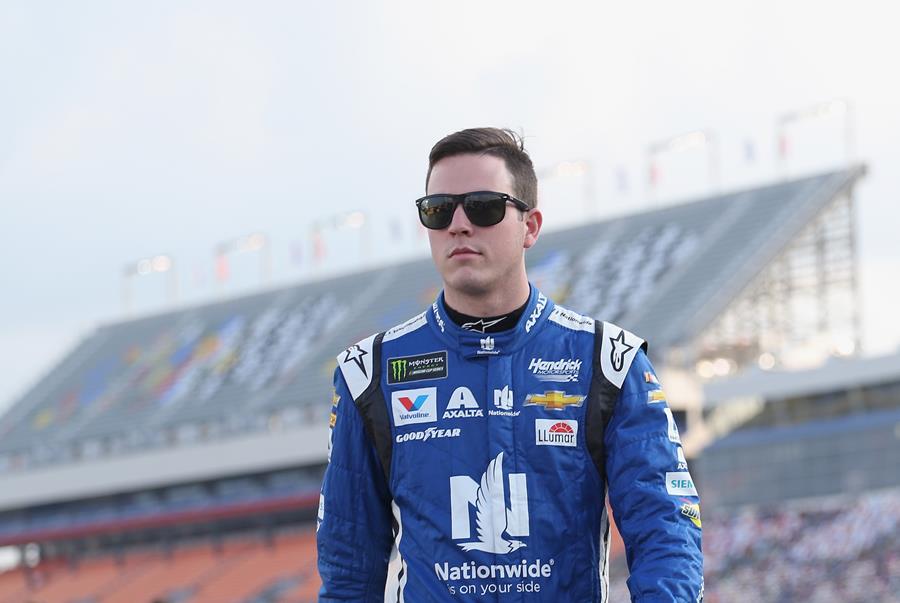 Nationwide has extended its relationship with 12-time NASCAR Cup Series champions Hendrick Motorsports with a new two-year agreement that will increase its majority sponsorship of Alex Bowman and the No. 88 Chevrolet Camaro ZL1 team to 20 races per season beginning in 2019.

In addition, Hendrick Motorsports has signed Bowman to a one-year contract extension through 2020. The 25-year-old driver is in his first full-time season with the No. 88 team and is currently in position to earn his first career NASCAR Cup Series playoff berth.

“Nationwide is excited to continue our relationship with Rick Hendrick, Hendrick Motorsports and Alex Bowman,” said Terrance Williams, chief marketing officer for Nationwide. “We’re pleased with Alex’s representation of Nationwide – both on and off the track. Our partnership is off to a great start heading into its second year, and he’s quickly built an authentic relationship with the brand that he conveys naturally through talking about our products and services. He’s also embraced Nationwide’s philosophy of giving back to the community through his support of Nationwide Children’s Hospital. We look forward to building on this solid foundation.”

Nationwide, one of the largest and strongest diversified insurance and financial services organizations in the United States, joined Hendrick Motorsports as a corporate partner in 2014 and was majority sponsor of the No. 88 Chevrolet with driver Dale Earnhardt Jr. from 2015-2017. This season, Nationwide is the 19-race majority sponsor of the team with Bowman behind the wheel.

“We have such a strong partnership with Nationwide,” said Rick Hendrick, owner of Hendrick Motorsports. “From doing great things in the community with Nationwide Children’s Hospital to driving significant value back to their business, it’s truly impressive to see how they consistently make the maximum impact with their racing program. We appreciate the incredible relationship with their whole team and look forward to more great things in the coming years.

“Alex has the talent to win races and compete for championships. He and Greg (Ives) are clicking, and we have a lot of confidence in what they will accomplish together. From our driver and team to our sponsors, we have an exciting No. 88 program that’s set for the foreseeable future.”

In his first full season with Hendrick Motorsports, Bowman has earned the pole position for the 60th running of the Daytona 500 and scored eight top-10 finishes after 21 of 36 races. He has finished 11th or better in five of his last six starts, including a career-best third-place result Sunday at Pocono Raceway. Ranked 15th in the points standings, Bowman and crew chief Ives are in position to make the 2018 NASCAR Cup Series playoffs with five races remaining until the cutoff.

“Having this kind of support is incredible,” Bowman said. “From Nationwide and our other partners to Mr. Hendrick, Greg and all my teammates, I feel very fortunate to be in such an awesome position. We have an opportunity to have a lot of success together. To hear a sponsor like Nationwide and a team like Hendrick Motorsports say I’m their guy gives me a ton of confidence and motivation to go out there and deliver results.”

Hendrick Motorsports signed Bowman on Oct. 6, 2016, after he drove for the No. 88 team while Earnhardt recovered from a concussion. While under contract, Bowman sat out the 2017 season before being named the team’s full-time driver for 2018 following Earnhardt’s retirement.