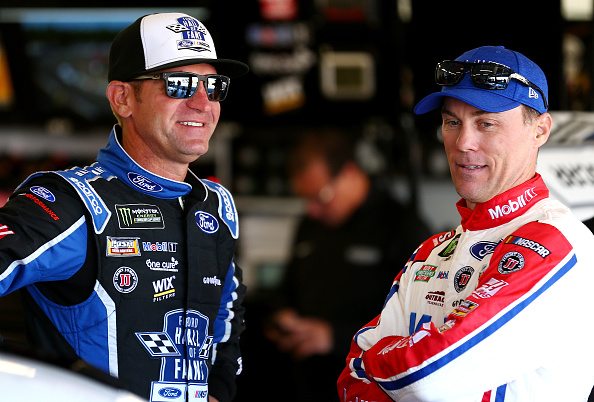 Harvick and Bowyer – who have combined to win nine MENCS races this season – will be joined by a number of popular drivers from NASCAR’s top three series at the autograph session, which will run from 6-7 p.m. Pacific Time inside the Dirt Track’s ticket gates. More drivers will be added to the autograph session in the coming weeks.

The Star Nursery 100 – the K&N Series West’s first race on dirt – begins at 8 p.m. and kicks off a full weekend of racing at America’s Racing Showplace.

Following the Dirt Track race, action will then shift to the superspeedway with the World of Westgate 200 NASCAR Camping World Truck Series event on Friday, Sept. 14, a NASCAR Xfinity Series race on Saturday and the South Point 400 Monster Energy NASCAR Cup Series race on Sunday. Harvick, the 2014 Cup Series champion, will go for a Las Vegas sweep on Sunday as the South Point 400 kicks off the 2018 MENCS playoffs.

Star Nursery – which began its operation in 1983 and has seven of its 15 locations in Las Vegas – was title sponsor of the NASCAR Featherlite Southwest Series race at The Bullring in 2001. Southern Nevada’s premier garden center, Star Nursery also sponsored Las Vegas-born Kurt Busch during his NASCAR Southwest Tour Series championship season in 1999.

The addition of the 100-lap K&N Pro Series West event gives the LVMS Dirt Track a powerful trio of events for 2018, along with the World of Outlaws FVP Outlaw Showdown Feb. 28-March 1 and the 21st annual Duel in the Desert Nov. 7-10. Top-tier NASCAR drivers are expected to be among the entries in the 100-lap race, and race organizers expect to announce specifics in the coming weeks.

The K&N West Series brought races to the 1.5-mile speedway from 1996-2001 and to The Bullring from 2001-03, but the Star Nursery 100 will mark the first K&N event at the LVMS Dirt Track. The evening will also include a 25-lap IMCA Western RaceSaver Sprint Series race as well.

Log on to LVMS.com or call 800-644-4444 to order tickets for any LVMS events. Fans can find a full race weekend schedule HERE.