Reed Battles From Back to Finish 12th in New Hampshire 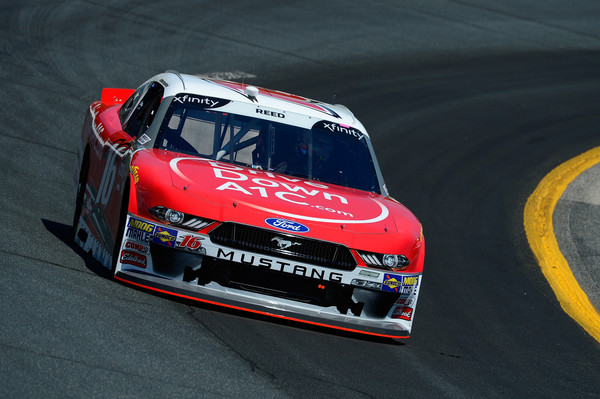 Ryan Reed drove his No. 16 Drive Down A1C Lilly Diabetes Ford Mustang through the field to a 12th-place finish Saturday afternoon at New Hampshire Motor Speedway. Reed had to start the race from the back after his team needed to repair a leaking oil line during the morning qualifying session.

“I just felt like after qualifying we had something for them, starting in the back didn’t help, but I thought we had a fast car,” Reed said. “Ultimately, I think there was something going on in the left-front. We ground all the way through our splitter. It was on the splitter all day. I don’t know if the spring was giving up or collapsing or something, but I think we need to go back and re-evaluate because I do think something went wrong. But I’m proud of the heart of this team, finishing 12th after running around 18th-20th most of the day.”

Reed had to start from the back of the field after his team repaired a leaking oil line in the rear of the car during qualifying, but almost immediately began to move forward. He gained ten positions in the first lap, and entered the top 20 by lap 15. Reed would continue to improve his car, finishing the first stage in 18th.

Crew chief Phil Gould brought Reed in for a lengthy pit stop to adjust the handling of the Mustang. The adjustments proved to be beneficial, as Reed began to pick off competitors one by one, eventually finishing the second stage 11th.

Gould and Reed decided on the radio to stay out on the track and restarted for the third and final stage from the third position. Unfortunately, the older tires on the Mustang were unable to deliver the grip Reed needed, and he faded back in the pack to the 14thposition. Reed was lapped by the leader, but stayed on the track as others pitted under green flag conditions and ultimately regained his lap and was scored in the second position when a caution came out on lap 166.

Reed would restart from the 11th position, which he would maintain until the closing laps of the race. He ultimately brought the Drive Down A1C Mustang to the checkered flag 12th.