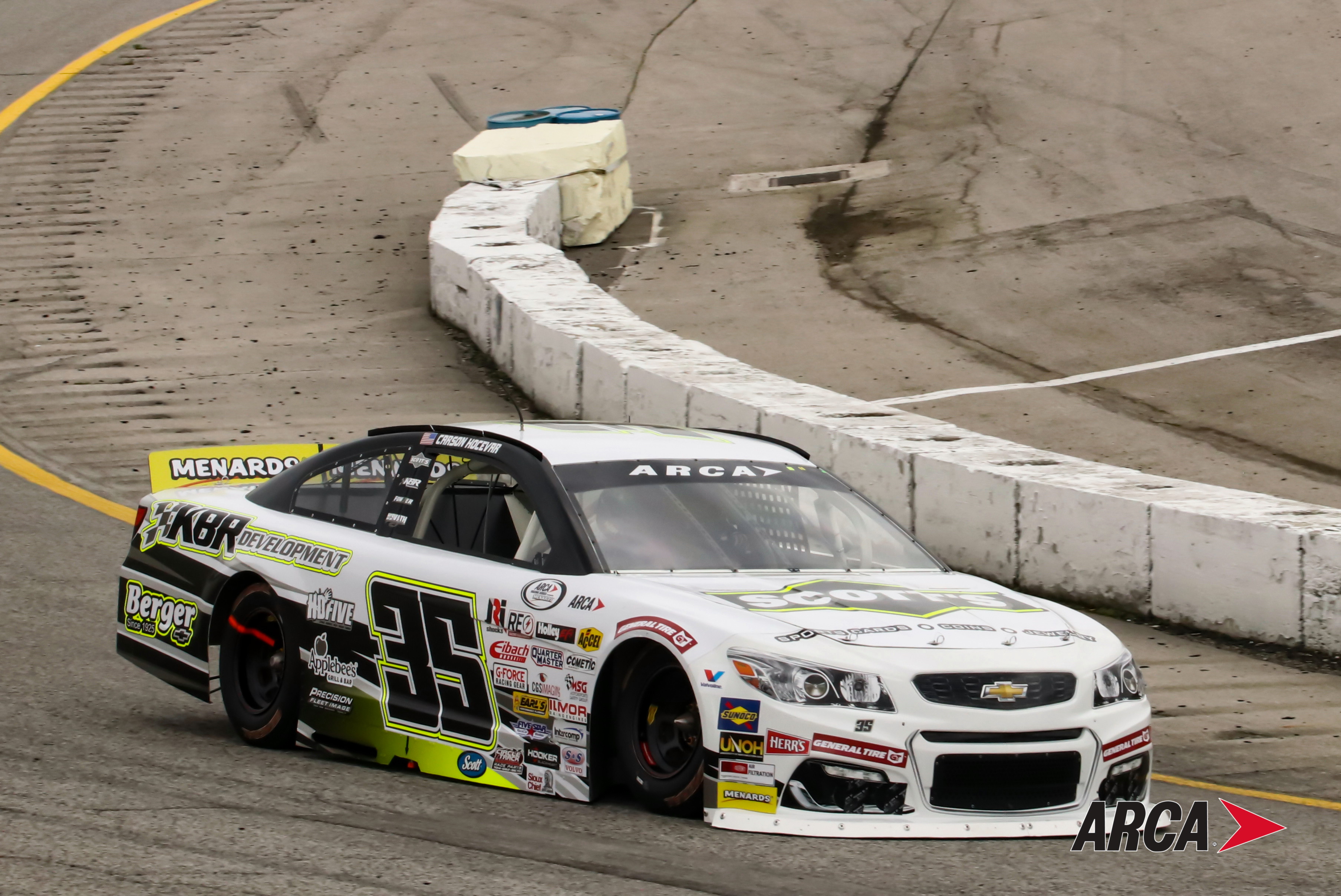 The Coke Zero Sugar 400 at Daytona International Speedway was a national coming out party for Byron, Michigan’s Erik Jones. It was his first Monster Energy NASCAR Cup Series win, and it came on the sport’s biggest stage. But five years ago, on a short track just outside of Grand Rapids, Michigan, Jones earned his first and only ARCA Racing Series victory and put himself on a trajectory that would end in victory lane at Daytona.

Jones announced plans to join the ARCA Racing Series presented by Menards in 2012, and when he made his first start at Mobile International Speedway that spring he became the first 15-year-old driver to drive in a series event. Jones performed well in his early starts, but was also plagued with bad luck that occasionally hampered his results.

But when the series visited Berlin Raceway in 2013, everything fell into place. Jones dominated the Primera Plastics 200 in his Venturini Motorsports Toyota, leading 154 of the 200 laps. Jones held off late race challenges from ten-time series champion Frank Kimmel and future ARCA champ Mason Mitchell.

The next Michigan driver looking to follow in Jones’s footsteps is Portage, Michigan’s Carson Hocevar. A regular in Berlin Raceway’s late model division, the 15-year-old made his ARCA Racing Series debut at Toledo Speedway in May. Hocevar was competitive, just like Jones was in his early ARCA starts, eventually finishing eleventh.

Hocevar has raced against some of the toughest short track competition in the country – he nearly won the $20,000-to-win 2017 Money in the Bank 150 at Berlin but was moved out of the lead just short of the checkered flag by the eventual winner – but sees the leap up to the ARCA Racing Series as an opportunity to get noticed and start the climb up the ladder, just like Jones did in 2013.

“I definitely would like to follow Erik’s footsteps through ARCA, I just would like a few more wins than he had,” Hocevar joked. “I race go-karts with him when he comes up here and I used to race quarter midgets with one of his best friends. I’ve gotten to know him pretty well the last couple of years, especially now that I have raced late models against him.”

Hocevar points to a night racing at nearby Owosso Speedway as one Jones helped him, but it wasn’t necessarily by giving him some friendly advice.

“I started next to Erik and raced side-by-side and right behind him all night,” Hocevar said. “I learned a ton about how to drive the racetrack just by following him, and I learned a ton about restarts. There must have been about 17 restarts that night and I paid a lot of attention to what he was doing. I learned a lot that night. It’s important to me to get to race against guys like him. I don’t think that they’re better than me, but they do have a lot more experience than I do. I love competition, getting out there and racing with drivers like Erik and Kyle Busch, but I really like watching what they do and learning from their experience and then using that to beat them the next time.”

Hocevar will make his second career ARCA Racing Series presented by Menards start on July 21 in the Primera Plastics 200 at Berlin Raceway. Practice will start at 2:30 pm ET, General Tire Pole Qualifying is at 6:30 pm ET, and the 200-lap race will go green at 9 pm ET. The race will be televised live nationally on MAVTV and ARCARacing.com will have live timing and scoring and track updates throughout all on-track sessions for registered users.