Early Incident Forces Stenhouse Jr. to Settle for a 26th-Place Finish at Kentucky 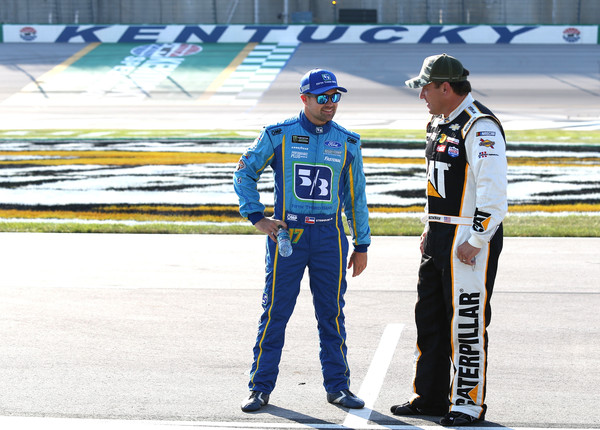 “I’m not really sure what happen but the No. 1 got into us which cut our left rear tire,” Stenhouse Jr. said. “It was unfortunate because our Fifth Third Ford was decent all day. We were able to cut our deficit in the point standings. We will focus on the next seven weekends and getting our No. 17 team in the playoffs.”

The Olive Branch, Miss. native started the 267-lap race in the 14th position and was working his way forward when contact was made cutting his left rear tire, forcing him to hit pit-road under green flag conditions.

Once he returned to the track, the 2017 Playoff Contender radioed that he was wrecking loose and had to come back to pit-road where the crew feverishly changed right side tires. When the first green-checkered flag waved, Stenhouse had picked up seven spots and scored in the 32nd position.

With not many cars two laps down, Stenhouse took the second green-checkered in the 29th position, the first car two-laps down.

After earning the free pass with 57 laps remaining to be the only car one lap down, Stenhouse was running similar lap times as the top-five cars. Unfortunately, the race stayed green ultimately forcing Stenhouse to settle with a 26th-place finish.

Next up for Stenhouse and the No. 17 team return to New Hampshire Motor Speedway on Sunday, July 22. Race coverage begins at 2 p.m. ET on NBCSN. Coverage can also be heard on PRN and SIRIUS radio channel 90.