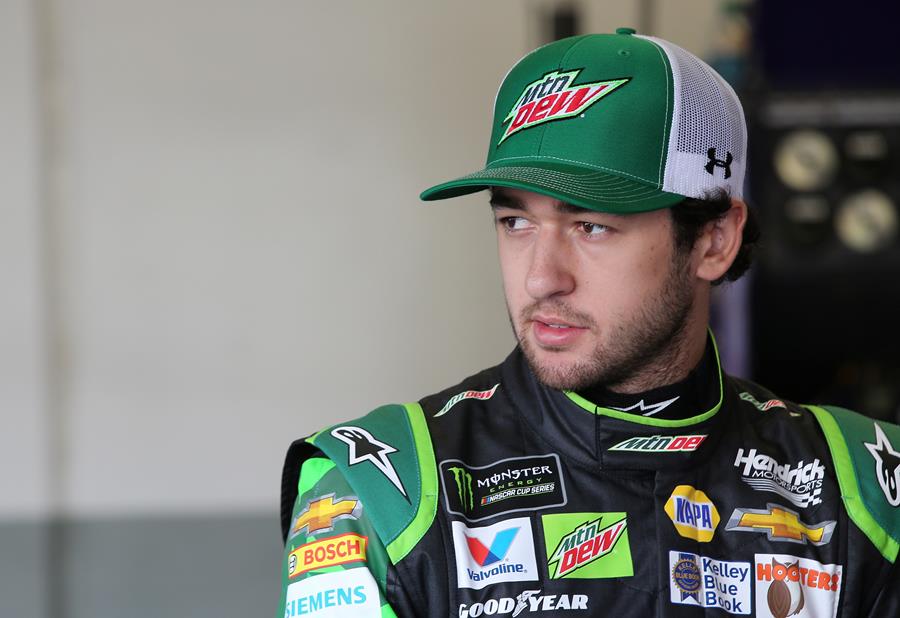 Beginning in 2018 and continuing throughout the two-year extension, Mtn Dew will be a primary sponsor of Elliott and his No. 9 Chevrolet Camaro ZL1 team for four Cup Series races annually. In addition, Mtn Dew, which has supported Elliott since his 2016 rookie of the year season, will be featured as an associate sponsor of the No. 9 team in all other events.

“Like the Elliott family, Mtn Dew has a tremendous legacy in racing,” said Rick Hendrick, owner of Hendrick Motorsports. “Chase’s performance on the track, lifestyle off the track and popularity with the fans make him a perfect fit for the brand. This new agreement will take our association with PepsiCo into our 24th season together. We’re extremely proud of our partnership and look forward to the many great opportunities ahead.”

PepsiCo, which has been involved in auto racing since the introduction of NASCAR’s premier division in 1949, teamed with Hendrick Motorsports under the Pepsi brand umbrella in 1997 as a sponsor of four-time champion Jeff Gordon. Mtn Dew’s history in racing includes the sponsorship of recently-retired Hendrick Motorsports driver Dale Earnhardt Jr. from 2008-2017, with the brand also sponsoring NASCAR Hall of Famer Darrell Waltrip’s title-winning teams in 1981 and 1982.

“Chase Elliott is becoming one of the biggest superstars in the world of racing, and we’re excited to continue to bring his genuine personality to DEW Nation through our partnership with Hendrick Motorsports,” said Justin Faiber, sports marketing senior manager, PepsiCo. “We can’t think of a better driver to represent the brand’s future in the sport than Chase.”

Elliott, 22, earned 2016 Cup Series rookie of the year honors and is coming off his second playoff appearance in as many full seasons at NASCAR’s top level. In addition to his 2014 Xfinity Series championship, the Dawsonville, Georgia, native has posted seven race wins and 117 top-10 finishes in NASCAR national series competition.

“It means a lot to partner with a brand like Mtn Dew that has such a storied history in racing,” Elliott said. “I appreciate everything they’ve done for the sport, for our team and for me personally. We’ve been able to do cool things away from the track, from snowboarding in the mountains to riding ATVs in the desert. That aspect of the relationship is really fun, and I’m excited to keep it going for DEW Nation.”