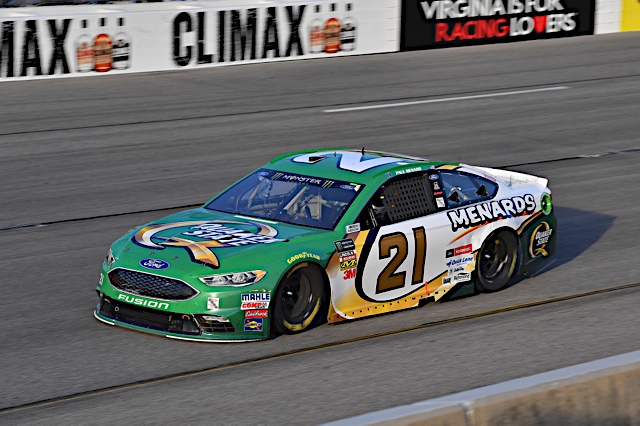 Paul Menard and the No. 21 Menards/Quaker State Ford Fusion team are headed to Kentucky Speedway hoping to put the disappointment of Daytona in the rear-view mirror and get back to basics in Saturday’s Quaker State 400.

Menard, who has three top-15 finishes in the seven Cup races run so far on the 1.5-mile Kentucky track, said he’s not sure what to expect from a surface that was repaved and reconfigured in 2016 then repaved again later that same year.

“I’m not sure how the track will react this time,” Menard said, adding that the natural aging of the asphalt likely means the track will be changed somewhat since the Cup drivers raced there last summer.

Menard said he figures it will be some time before the surface ages to his liking, to a point where drivers slip and slide on worn asphalt.

“Any recent repave is hard to like for the first five years or so,” he said. “It’ll be interesting to see how much grip has gone away since last year.”

Menard added that Kentucky does present challenges for drivers and crew chiefs.

“So it’s a compromise track as far as setting up the car.”

Menard and the Menards/Quaker State team enter Saturday’s race 17th in the championship standings but 55 points away from the final Playoff spot, which means a race win is the likeliest path to a berth in the 10-race Playoffs, which begin after eight more regular season races.

Qualifying for the Quaker State 400 is set for Friday at 6:40 p.m. Eastern Time, and the race is scheduled to get the green flag just after 7:30 p.m. Saturday with TV coverage for both events on NBCSN.