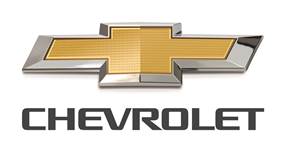 Chevrolet drivers have won six of the eight races and earned five poles at Exhibition Place in Toronto since its return to Verizon IndyCar Series engine manufacturer competition in 2012. Josef Newgarden, whose Verizon IndyCar Series career with Team Chevy matches that timeline, has won two of those races on the tricky temporary street circuit.

The driver of the No. 1 Hitachi Team Penske Chevrolet is looking forward to challenging for another victory July 15 in the Honda Indy Toronto on the 1.78-mile, 11-turn street circuit that recently had sections repaved.

“The wins I’ve had at Toronto have been on capitalizing on opportunity,” said the reigning Verizon IndyCar Series champion, who is a Best Driver nominee for a ESPY Award that will be handed out July 18. “The new car is going to be fast there and I think that’s going to make it really fun. Strategy will be really important here as with any road or street course, so that’s something I know a lot of teams are really thinking about. The No. 1 Hitachi Chevy is going to be all dialed in and I know myself and my crew are really working to win there again.”

Newgarden rose from fourth to second in the championship standings through 11 of 17 races with a fourth-place finish July 8 at Iowa Speedway. He started on the front row and led 229 of the 300 laps.

“The Hitachi car was fast and Team Chevy did a great job. We’ll just chalk it up to we need to be a little better for next time,” he said.

Team Penske teammate Will Power, who won at Toronto with Chevy power in 2016 and started from the pole in ’15, is fifth – 20 points behind Newgarden – in the standings. At Iowa Speedway, Power claimed his second pole of the season and 52nd of his career.

Drivers backed by the 2.2-liter, twin-turbocharged direct-injected V6 Chevrolet engine have earned six pole starts this season. He went on to lead 23 laps and finish sixth.

“(Toronto) is always a race I look forward to. Obviously, a horrible race last year (contact with another car early in race) so determined to change that and have a really good day when I get back there,” Power said.

Conor Daly will drive the No. 88 Harding Group Chevrolet. Daly, 26, who has made 40 career Verizon IndyCar Series starts, will replace Gabby Chaves for the event as the team evaluates candidates to potentially fill a second entry for 2019. Daly’s best finish in three races in Toronto was 12th in 2015 when he filled in for the injured James Hinchcliffe.

Also returning to the entry list is Rene Binder, who will drive the No. 32 Binderholz tiptip timber Chevrolet for Juncos Racing. Binder, 26, of Austria, has made four starts, most recently at Belle Isle in early June, in his first Verizon IndyCar Series season.

In the 85-lap race on the 1.786-mile street circuit, Team Chevy will be well represented by:

·         TV/Radio/Other: NBCSN will telecast the 85-lap (151.8-mile) race on the 1.786-mile, 11-turn temporary street circuit at Exhibition Place live 3 p.m. July 15. It also will telecast taped qualifications at 4:30 p.m. July 14. Practice sessions and qualifications live will be streamed on RaceControl.IndyCar.com in conjunction with the INDYCAR Radio Network broadcast. Qualifications and the race also will be broadcast on INDYCAR Radio Network affiliates, RaceControl.IndyCar.com, indycarradio.com, the INDYCAR Mobile app, Sirius 214, and XM209.