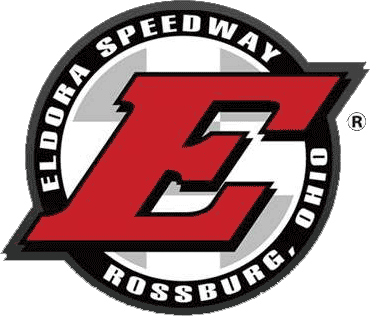 The 35th Annual Kings Royal Weekend, one of the most prestigious dirt races in the world with its $50,000 winner’s prize, kicks off three straight days of World of Outlaws Craftsman Sprint Car Series action this Thursday, Friday and Saturday at Eldora Speedway.
Adult tickets range in price from $24 to $34 and children, aged 12 and younger, are admitted free to all General Admission spectator areas. Ticket information is available at www.EldoraSpeedway.com or by calling (937) 338-3815. Camping is still available at the Eldora Village and Northside Camp & Park Lots.
Thursday night’s “Jokers Wild” event will feature a full World of Outlaws Craftsman Sprint Car Series program using the nomadic tours rules and procedures in a full $10,000-to-win Feature show.
On Friday, the money gets bigger as the long-held “The Knight Before” again features the Outlaws in a $12,000-to-win program.
New in 2018, the winners of the Thursday and Friday shows will be afforded the opportunity to forgo their assigned position during time trials for Saturday’s Kings Royal and either bump ahead or delay their run in the order based on track conditions.
It is an intriguing addition to the Kings Royal format – an event that like Eldora – is truly unique and a fan-favorite having produced eight different winners in the past 10 years.
After qualifying time trials, the top-30 drivers are inverted by times and staggered into six heat races. The invert places the fastest qualifiers in each of the heat races fifth, yet, only the top-three finishers advance into the Kings Royal. Plus, the heat races are also the only opportunity to advance your starting position in the $50,000-to-win Feature because one pass may make an eleven or 17 position difference in your starting position. With the performance-based format, the Kings Royal does not have provisional starting positions, just an incentive allowing the two fastest qualifiers from time trials who do not advance from the heat races to start 19th and 20th. The balance of the field comes from the finish of the Last Chance Showdown.
Eldora officials have also posted $5,000 in awards for drivers who have yet to make a Kings Royal A-Feature event: $1,000 to the highest finishing driver making their first Kings Royal; $1,000 to the Fastest Qualifier who has never made the Kings Royal; $1,000 to the top finishing non-qualifier who has never made the Kings Royal; and $1,000 each to the highest finishers of the Jokers Wild and The Knight Before.
Eldora Speedway PR