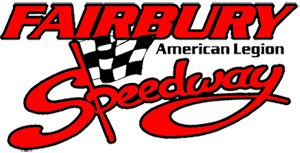 Tucker Klaasmeyer overcame late contact in holding off Keith Kunz Motorsports teammate Logan Seavey to win his fourth POWRi Lucas Oil National Midget League event of the season at Fairbury American Legion Speedway in Fairbury, Illinois, Saturday. With the victory, he moves past Ryan Robinson into the series point lead.
Klaasmeyer’s victory was the 21st national midget feature win of the season for a Toyota-powered driver and the fourth for Klassmeyer in the last 11 POWRi events.
By driving from seventh to second in his heat race, Klaasmeyer earned the most passing points in the field to win the pole position. The Paola, Kansas-native then took the lead at the start, but it didn’t take long for Seavey to move up from his fourth starting position to narrowly pass for the top spot on lap two.
Rolling the bottom, Seavey would pull away through the early stages of the race as Klassmeyer would sit back swapping second, third and fourth with Joe B. Miller and KKM’s Holly Shelton.
Running the high side throughout the event, Klaasmeyer caught back up with Seavey midway through the race and eventually squeezed by him for the lead.
With just two laps remaining, KKM teammates Shelton and Robinson got together on the backstretch with each ending up upside down resulting in a red flag. Neither car was able to finish the event.
The red flag set up a wild two-lap shootout with Klaasmeyer leading the field back to green. He would narrowly hold the lead through lap 29, slightly pulling away on the backstretch, but Seavey wasn’t going to go quietly. The 2017 POWRi champion attempted a slide job through four onto the front stretch, but ended up making contact with Klaasmeyer as they came to the checkered flag. Klaasmeyer would spin as he came across the finish line for the victory, while Seavey flipped wildly, but came across the line in second place.
“That was a fun race,” relayed a victorious Klaasmeyer. “I didn’t know if the top was finally going to come in. But, hat’s off to my team and family. This is pretty awesome to get number four already. There are more races this week, so we’ll see if we can keep it going. It’s been a pretty special year. Hopefully, we can keep it going and hold the points lead this week. I’m looking forward to it.”
KKM’s Tanner Carrick earned a fifth-place finish, while Zach Daum was sixth and Sam Johnson placed eighth as five Toyota-powered drivers captured top-10 finishes on the night. They were followed by Presley Truedson in 11th, Holley Hollan in 14th, Shelton in 18th and Robinson being scored 19th.
With the victory, Klaasmeyer takes over the POWRi point lead by 50 points over Robinson, with Seavey in third and Zach Daum fourth as Toyota drivers occupy the top four positions in the championship.
The POWRi Lucas Oil National Midget League returns to the race track Sunday night for the 37th annual Pepsi Nationals at Angell Park Speedway in Sun Prairie, Wis. The event is the third-longest running event in midget car racing.
2018 POWRi Point Standings (unofficial)
*Toyota Drivers in Bold
Toyota Racing PR