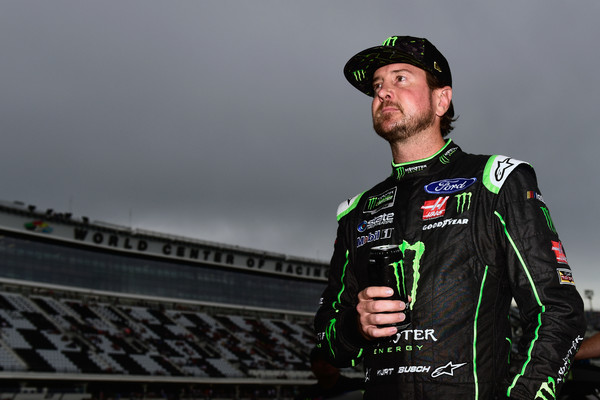 ● The No. 41 Monster Energy/Haas Automation Ford Fusion was a little tight early on.

● On lap 43, Busch pitted for four tires, fuel and a tire pressure and wedge adjustment.

● While running second on lap 53, Busch was involved in a multicar accident, and the damaged racecar was unable to continue.

“I was running in the high lane, and I just have to giggle, there’s no safe spot. I thought being in the top-two or -three is pretty safe, but we just got clipped from behind. Usually, there’s that danger zone that everybody knows about from third to 12th, and we didn’t get strung out enough to get away from some of the action. It’s a bummer night for Monster Energy/Haas Automation Ford. It was fast. We put her on the bottom at the end of Stage 1 to gain some points, but now we’ve got nothing. We were just in the wrong place at the wrong time, but I do have to giggle. There’s no safe spot out there.”

The next event on the Monster Energy NASCAR Cup Series schedule is the Kentucky 400 on Saturday, July 14 at Kentucky Speedway in Sparta. The race begins at 7:30 p.m. EDT with live coverage beginning at 6 p.m. on NBCSN.

Corey LaJoie Riding “The Trump Train” To The All-Star Race