Patience Pays Off For Boyd in Daytona 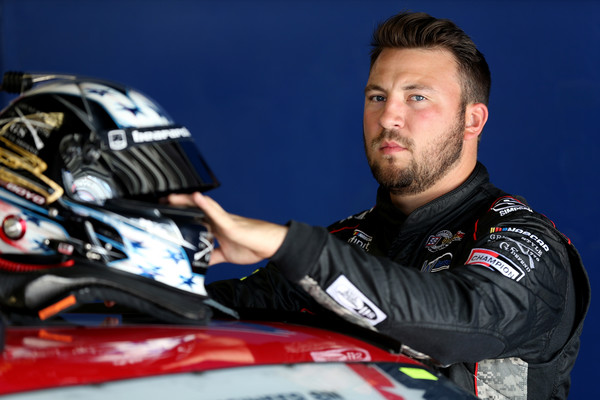 The NASCAR Xfinity Series returned to the World Center of Racing at Daytona International Speedway for a summer shootout under the lights. With Daytona known for lots of attrition, Boyd’s plan was simple. Stay out of trouble and bring home a great finish. Easier said than done.

Rain showers would cancel Xfinity Series qualifying Friday afternoon, which means the field would be set by Owner Points per the NASCAR rulebook. That put Boyd starting the Coca-Cola Firecracker 250 from the 30th position.

As the green flag flew, Boyd began his conservative game plan. The leaders raced hard, but clean. Boyd was possibly even a little too conservative early as he lost the draft along with a few other cars playing the same strategy. The plan seemed to backfire as he fell a lap down at the end of stage one with Kyle Larson taking the green & white checkered flag. Stage two would prove to be the same song, different verse. The leaders raced hard, but without incident. Boyd stuck to his original plan, but didn’t fall a lap down this time. Larson went back to back winning the second stage.

With the final stage about to begin, it was decision time. Crew Chief, Jason Miller elected not to bring Boyd down pit road, but stayed out to take the “wave around.” This put Boyd back on the lead lap to begin the final stage, but in need of a quick caution. With just a few laps before Boyd needed to pit for fuel, caution came out for the 16 of Ryan Reed wrecking. Boyd came in for 4 tires and fuel before restarting 28th with 23 laps remaining. With the laps winding down, the energy was intensifying.

With under 20 laps remaining the “big one” broke out. A huge multi- car wreck took out many cars including several front runners. Boyd took evasive action to miss the wreck, but hit the splitter hard on the apron in the process. The contact caused the left front fender to buckle along with some slight nose damage. Miller brought Boyd down pit road to assess the damage and put some bear bond tape on the front before sending him back out.

Two more cautions were displayed for wrecks that included the 55 car as well as another multi- car pile up. Boyd made his way unscathed through both. Boyd restarted 14th for the green, white, checkered and crossed the line 18th. Justin Haley made a bold move coming to the finish, but was disqualified after he crossed the double yellow line. Kyle Larson was awarded the win with Boyd officially bringing home the Grunt Style Marine themed Chevrolet a career best 17th place finish.

After the race Boyd reflected, “ We finished 17th with the 76 on Fourth of July Weekend. It doesn’t get much more patriotic than that,” smirked Boyd. “We stuck to our game plan and it worked out for us. Our car had a hard time hanging on to the draft after we got that fender and nose damage from missing the big one, but I’m happy we could bring it home in one piece. I’ve gotten my best two career finishes with this Marine Scheme. I’m thinking we need to stick with the red.”

Boyd moves up to 23rd in driver standings after his best career finish of 17th at Daytona. The team will take a few days to recover and get ready for another Friday night under the lights race at Kentucky Speedway. Coverage of the Alsco 300 will begin Friday July 13th at 8:00 pm ET.