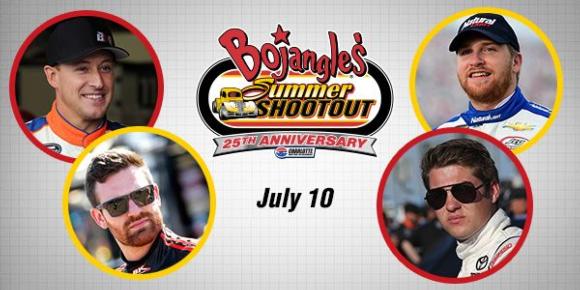 Hemric – a Kannapolis, North Carolina, native who also won the 2010 Legends Million at Charlotte – will compete in the Sept. 30 Bank of America 500, the first road course race in the history of NASCAR’s playoffs. Hemric, Buescher and LaJoie honed their skills in the Bojangles’ Summer Shootout before becoming prominent drivers in NASCAR’s national series.

TICKETS:
Tickets, which cost only $8 for adults and are FREE for kids 13 and under, can be purchased at the gate or in advance by calling 800-455-FANS or online at www.charlottemotorspeedway.com/tickets.