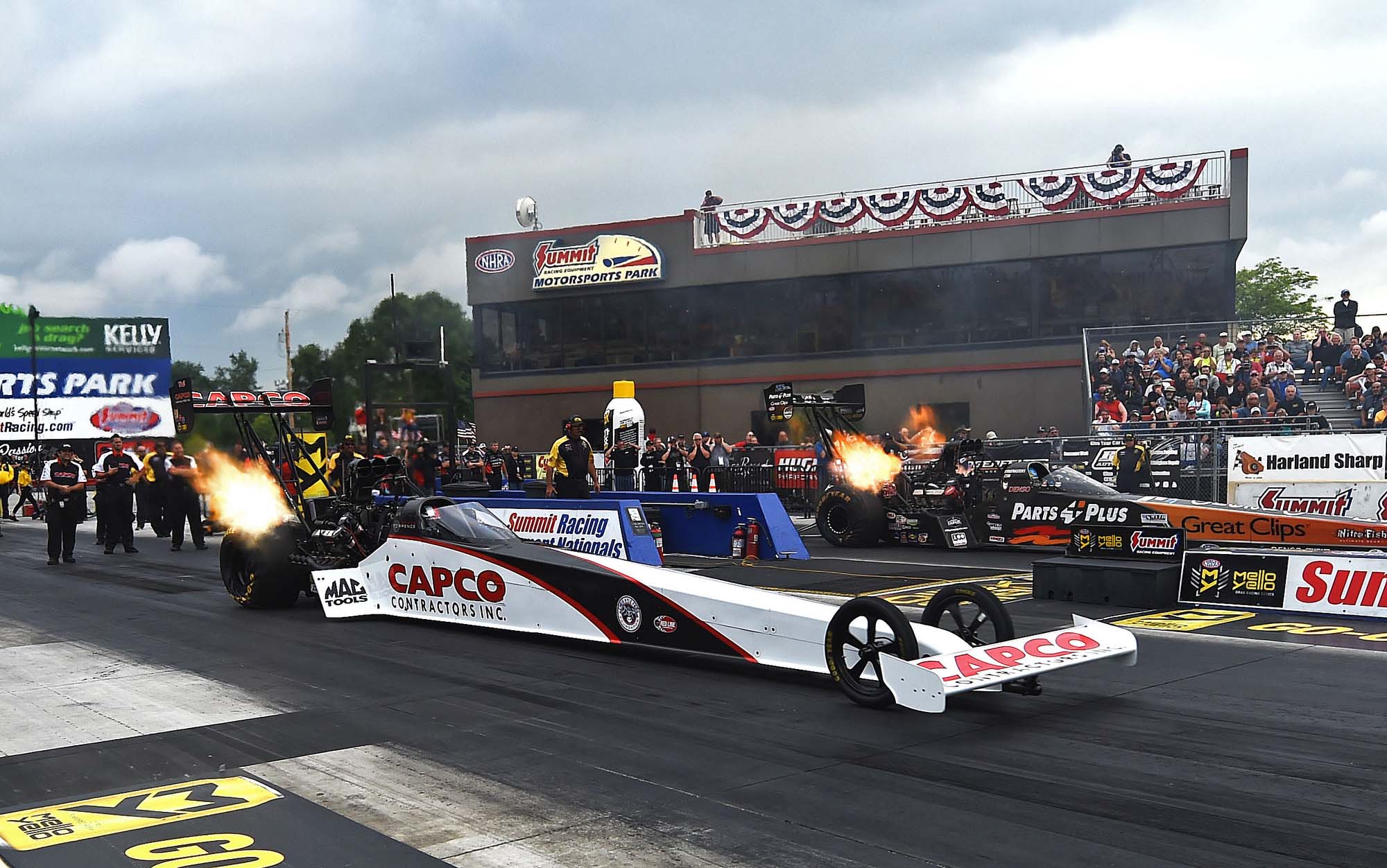 Regardless of the weather conditions, the level of track preparation, the composition of the racing surface, the altitude, the track temperature, the quality of the competition or any other variable one might wish to interject, the one constant in this year’s race for the Mello Yello Top Fuel Championship has been steady Steve Torrence.

Entering this week’s sixth annual NHRA New England Nationals, the 35-year-old Texan is top three or four in every statistical category from reaction time average (fourth at .072), to average qualifying position (second at 3.417), total qualifying bonus points (tie, third with 38), No. 1 qualifiers (tie, third with one) and races won (first with four).

He has taken his Capco Contractors dragster to the winners’ circle this year in 70 degree weather on a 98 degree racetrack and in 90 degree weather on a 128 degree surface. He has won at sea level at Virginia Motorsports Park and at the 2,100 foot elevation of The Strip at Las Vegas Motor Speedway. He’s won twice in traditional two-by-two racing and twice in the four-wide configuration.

Half of this year’s wins have come on all-concrete tracks like New England Dragway and half on tracks that transition from concrete to asphalt. He won three times on surfaces prepped for maximum traction before prevailing in Virginia in one of the first events in which the NHRA opted for a reduced level of track preparation in an attempt to hold finish line speeds below 340 miles per hour.

Small wonder, then, that the former Top Alcohol Dragster World Champion (2005) has occupied the No. 1 position in driver points for 11 consecutive events and for 21 of the last 26 races dating to 2017.

“It’s all about these Capco boys,” Torrence said of his crew. “They’re bad hombres. (Crew chief) Richard Hogan, the Laganas (Bobby Jr. and Dom), Gary Pritchett. I wouldn’t trade anybody on this team for anybody else. We’ve built this thing up together. These guys have all been with me for the last two or three years. We’re family. We win together, we lose together and, when we do win, we party together.

”We’re like brothers. We don’t always agree, but when it gets down to it, we’re all committed to the same goal and that’s closing the deal and winning the championship.”

Torrence has won 20 times since earning his Top Fuel license in 2006, but it has been only in the last two seasons that he has been dominant, winning 12 of the last 32 events including both the oldest race in the series (the U.S. Nationals at Indianapolis) and the newest (the Virginia Nationals).

Nevertheless, one of the few tracks on which he has yet to flex his considerable muscle has been New England Dragway. Outside of a runner-up finish to close friend Antron Brown in 2016, Torrence has struggled in New Hampshire, a situation he’’ try to rectify this weekend.