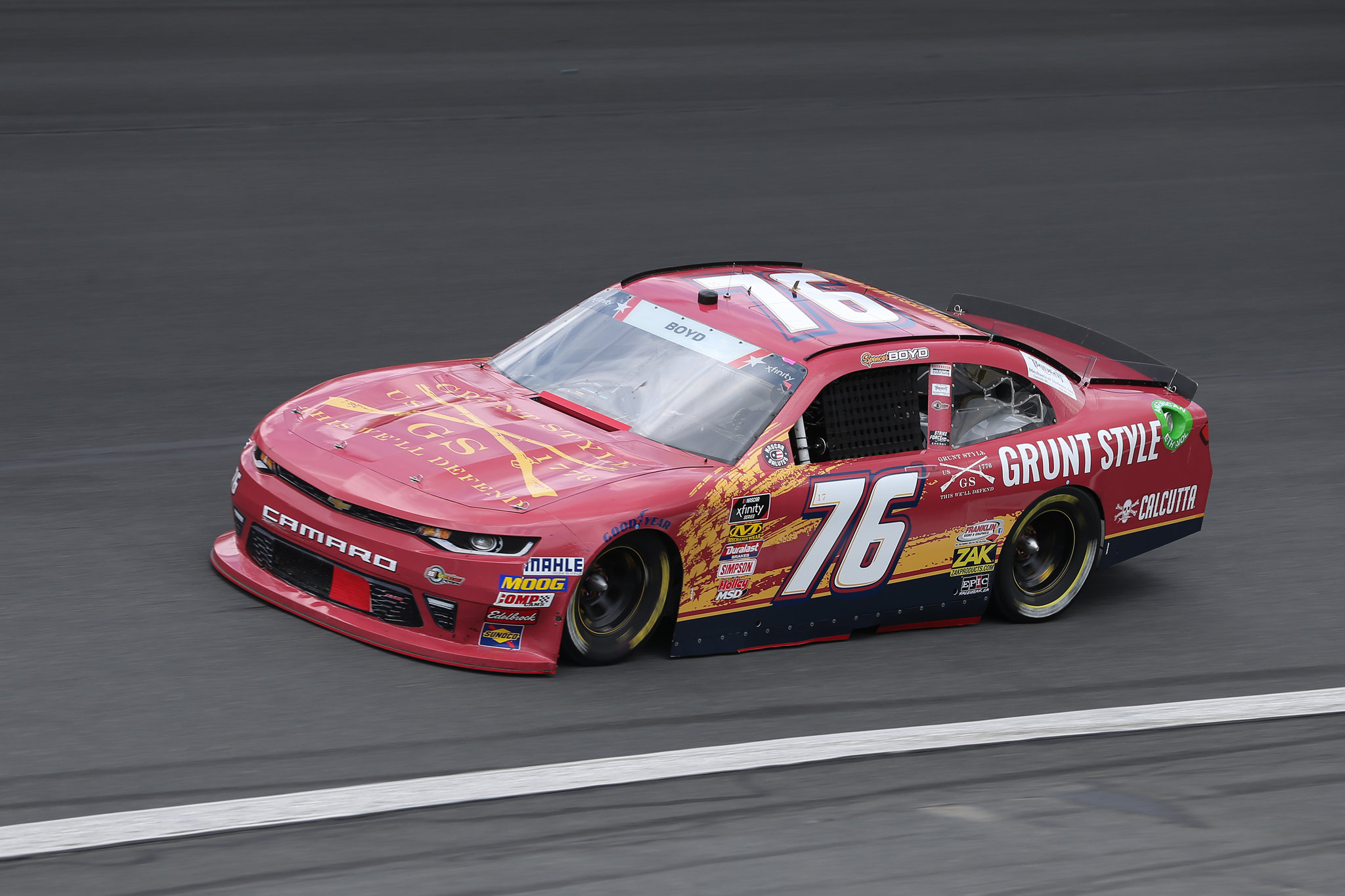 SS Greenlight Racing will bring chassis 707 to Daytona International Speedway. This is the same car Spencer Boyd ran for the season opener in Daytona and finished in the 25th position.

News and notes:  Spencer Boyd and his Grunt Style Chevrolet Camaro Team will head back to the beach for the series annual Fourth of July race. Boyd may be bringing back the same car as he ran in the season opener, but with a totally different look. The famous Grunt Style Marine Scheme is back for this great patriotic weekend! Boyd will honor his cousin Matt Wilson and his unit the 2nd combat engineer battalion on his windshield. “After we ran this scheme at Charlotte and saw the demand from the fans, I knew we had to bring it back,” says Boyd. “What better place to bring back the Marine Scheme then under the lights at Daytona, Fourth of July weekend? We thought it would be a great way to show our patriotism and our support for R.E.D. Friday (Remember Everyone Deployed). We’re beyond thankful for all the men and women fighting for our freedom. I’m really looking forward to a great weekend.”

Sponsor Highlight:
The team would like to welcome back on board the Grunt Style Chevrolet this weekend associate sponsors: Record Rack Deer Feed, Kickass Beef Jerky, and Performance Trailer Braking.

TV/Radio: The Coca-Cola Firecracker 250 from Daytona International Speedway can be seen live on Friday, July 6th on NBCSN. Race coverage will begin at 7:30 p.m. EST, and the event can also be heard live on MRN Radio as well as SiriusXM Radio, channel 90.