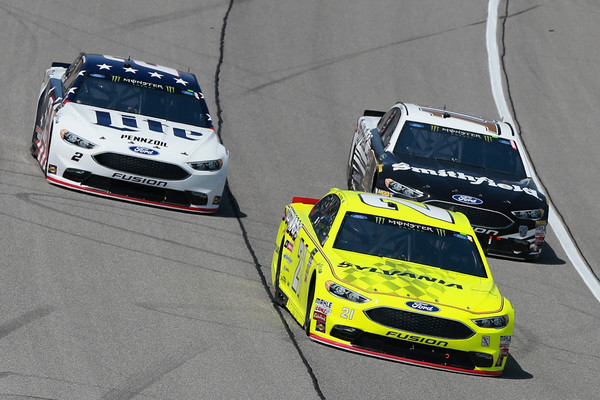 Paul Menard and the No. 21 Menards/Sylvania team came away with a 13th-place finish in Sunday’s Overton’s 400 at Chicagoland Speedway thanks to a strong drive from Menard following a speeding penalty on his last pit stop.

Menard, who started the race from the pole, had run just outside the top 10 for most of the middle portions of the race and was running 13th when the final caution flag flew with 59 of 267 laps left to run.

But just as he was poised to move into the top 10, he instead had to start at the rear of the pack, in 26th place and behind the lapped drivers, as penalty for his speeding violation.

Still, Menard, without the benefit of another caution flag, worked his way forward and passed Jimmie Johnson at the end to secure 13th place.

It was his eighth finish of 13th or better in the 17 races so far this season, and he remains 17th in the championship standings as the circuit returns to Daytona International Speedway next weekend for the traditional start of the second half of the Monster Energy Cup Series season.

Len Wood said he was happy with the overall performance of the Menards/Sylvania team at Chicagoland. 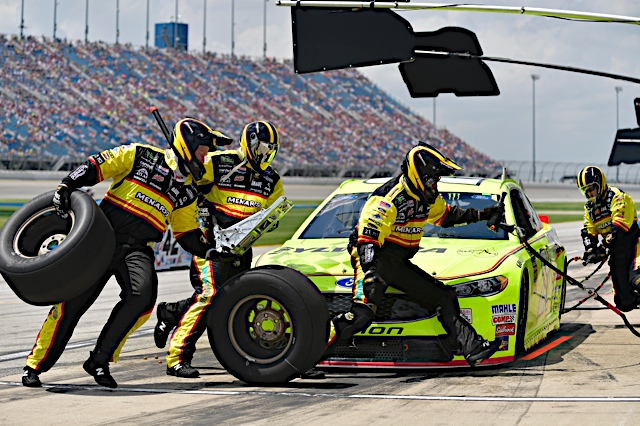 “We were able to help Paul get his first pole of the year and that’s important to him and to us,” Wood said. “It was a good race for us, although we were looking for more.”

Wood said a solid run at Chicagoland is a good launch into a restrictor-plate race at Daytona.

“Paul has a history of performing well in restrictor-plate races,” Wood said. “He finished sixth in the Daytona 500 and ran really well at Talladega. He was fast there and won Stage Two before he was involved in a wreck not of his own doing.”

The Coke Zero 400 at Daytona is set to start just after 7 p.m. on Saturday with TV coverage on NBC.